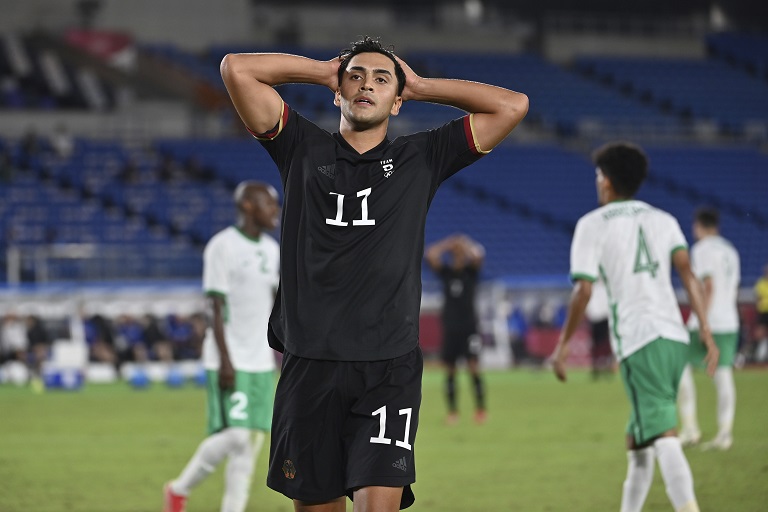 Germany prepare to take on Ivory Coast in Group D of the mens football at the Tokyo 2020 Olympics on Wednesday morning.

The 2016 runners-up know that only a victory would see them through to the next phase of the competition.

The Germans began with defeat to defending champions Brazil, before beating Saudi Arabia to leave them in third on the log with 3 points.

The Elephants on the other hand are level on points with Brazil (4), after a barren draw against them and a 2-1 win over the Saudis.

The Africans now need just a point from their last fixture to confirm their place in the quarter-finals.

Will they represent Africa in the next round of the Olympics? Play here and predict the outcome.

What time does Germany vs Ivory Coast start?

The game kicks off at 1pm Kenyan time at the Miyagi Stadium.

Maximilian Arnold returns from his suspension for the red card he received in the defeat to Brazil.

However, Amos Pieper was sent off in their last game against Saudi Arabia and will be unavailable for selection here.

The Ivorians have no injuries or suspensions ahead of this crunch tie and therefore the experience of European-based Franck Kessie and Eric Bailly, will be their focal points.

These sides have only met once in their history and the friendly match ended in a 2-2 draw in 2009.

The Germans have lost three times in their last five matches, quite a poor run by their standards.

On the other hand, the Africans have not tasted defeat in their last 7 matches.

Despite all there is to play for, the Germans desperately need a win but Ivory Coast are content with a draw. I predict a low scoring game.