CAN FRANKFURT BEAT SPORTING TO MAKE IT INTO UCL LAST 16 FOR THE FIRST TIME? PREDICTION 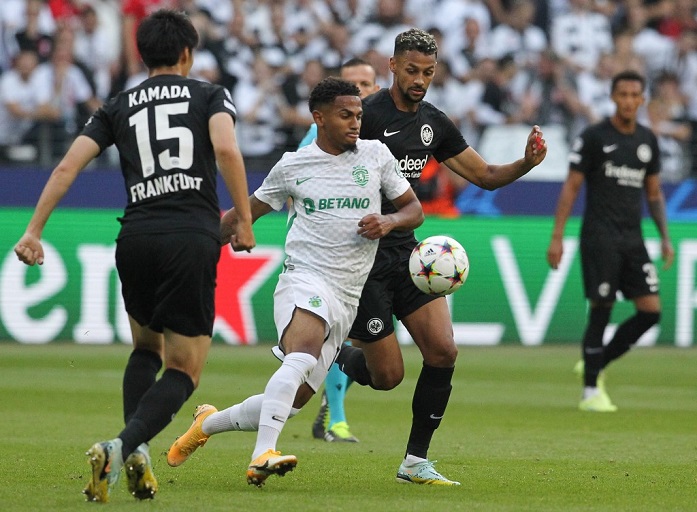 Bundesliga outfit Eintracht Frankfurt need to get a win away from home against Sporting Lisbon to qualify for the UEFA Champions League knockout stages.

If they can achieve this feat, it will be the first time in their history that they will be in the last 16.

Sporting currently occupy the second and final knockout place in the rankings, with Frankfurt in third but only behind on head-to-head points.

Frankfurt must win back-to-back games in Europe’s top competition for only the second time in their history if they are to keep their UCL hopes alive.

Sporting ran out 3-0 winners in Germany when these sides met in the first leg back in September and Frankfurt are out for blood in this tie.

Frankfurt are without a clean sheet in their last three games across competitions, while Sporting have failed to keep any in their last nine.

Sporting have had 25 meetings against German opposition, winning just 4 of those games and lost 16 times, while their other 5 games have ended in draws.

Who will be the side progressing into the knockout stages after Tuesday’s clash? Make your predictions here.

What time does Sporting vs Frankfurt start?

The game kicks off at 11pm Kenyan time at the Estadio Jose Alvalade.

Pedro Goncalves and Ricardo Esgaio are both back and available for the hosts after serving suspensions but Paulinho and Hidemasa Morita have been ruled out.

Manuel Ugarte, Pedro Porro and Nuno Santos were all rested at the weekend and are all expected to return to the starting XI.

Youngster Sotiris Alexandropoulos will also be handed a call-up to start in arguably the most important game of his young career.

Ansgar Knauff returned to training for the visitors and may be fit enough to feature on the night with Luca Pellegrini also expected to make his first UCL start.

Djibril Sow will also start on the night, with those being the only changes expected in the Frankfurt line-up.

Sporting vs Frankfurt head to head

The home team won the only competitive match ever played between these two teams.

Both sides are coming off a defeat but for the visitors it’s the only one in their last 5 matches – winning all remaining 4 games.

The hosts have lost three times in that run and only managed one win.

There is a lot riding on this encounter for both sides and this will make for a cagey encounter, with a draw being the most likely outcome.