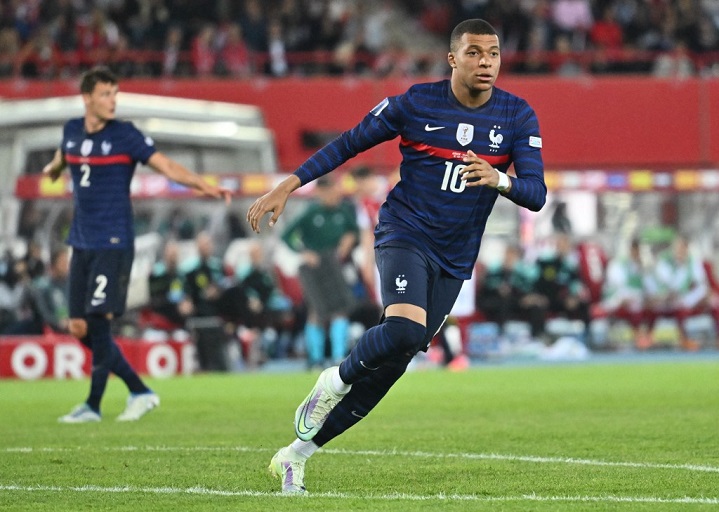 World champions France host Croatia in the UEFA Nations League needing a win to climb out of the bottom spot.

The hosts are still without a win and needed a late Kylian Mbappe equalizer last time out to salvage a 1-1 draw against Austria.

The French are bottom of the Group with 2 points, two less than their opponents while Denmark are top with 6.

This game, a repeat of the 2018 World Cup final, comes a week after both teams played out to a 1-1 draw.

A win for Zlatko Dalic’s men on Monday could go a long way in helping them move into second place.

Dalic oversaw a dampening 3-0 defeat to Austria earlier this month, but that is Croatia’s only loss from their last 12 in all tournaments since bowing out of Euro 2020.

Can France rediscover their form to bag their first three points of the campaign? Make your predictions here.

What time does France vs Croatia start?

The game kicks off at 9:45pm Kenyan time at the Stade de France.

Ngolo Kante is out with a knee injury and Lucas Hernandez is also unavailable due to a family matter.

Meaning the likes of Presnel Kimpembe, Christopher Nkunku and Matteo Guendouzi are all hopeful of a place in the starting XI.

Mbappe will lead the attacking line alongside Karim Benzema and Wissam Ben Yedder, could also feature in the line-up.

Ivan Perisic and Josko Gvardiol remain the only main injury concerns for the visitors.

Luka Modric and Mateo Kovacic will retain their starting berths to provide the ingenuity and attacking options from midfield.

France vs Croatia head to head

These two sides have gone up against each other 7 times, with France never tasting defeat. They have won 4 times and drawn the remaining 3.

Both sides have identical records coming into this game, winning 2, losing once and sharing the spoils in 2 games.

The pressure is really on the world champions to get their first win of the competition and with the home advantage, they are tipped to win.