CAN ENGLAND GO ALL THE WAY? DENMARK SEMIFINAL AWAITS 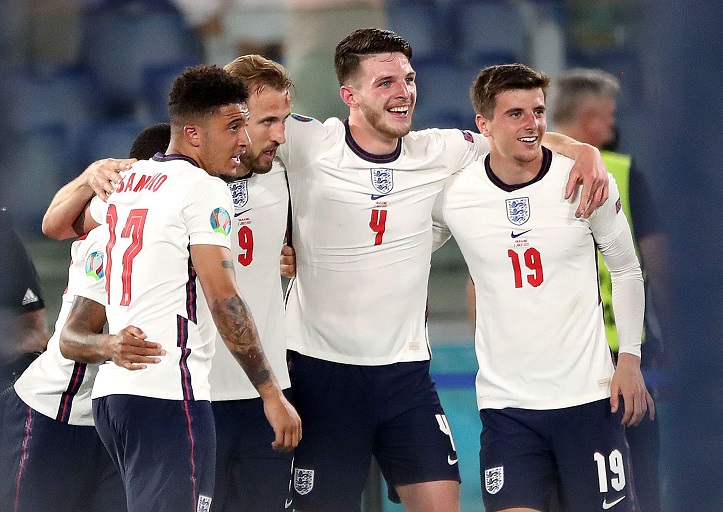 Hosts England are all set for a tantalizing Euros semifinal against Denmark on Wednesday as either team looks to book a place in the finals.

The Three Lions booked a place in the last four after a 4-0 thrashing of Ukraine courtesy of goals from Harry Kane, Harry Maguire and Jordan Henderson.

Meanwhile, Denmark scrapped through with a 2-1 win against Czech Republic with goals from Kasper Dolberg and Thomas Delaney.

The semi encounter has the billing to be a cracker of a match, with England seeking a first title party since winning the World Cup in 1966.

The 50-year-old Gareth Southgate has guided the Three Lions to back-to-back semi-final appearances at a major tournament having come so close yet so far in Russia 2018.

What time does England vs Denmark start?

The game kicks off at 10pm Kenyan time at Wembley.

Harry Maguire, Declan Rice and Kalvin Philips avoided a booking that would have kept them out of the semifinal and are all expected to start.

Arsenal’s Bukayo Saka has also recovered from a knock and is in contention to start alongside Harry Kane and Raheem Sterling in the final third.

For the visitors, Daniel Wass should be fit enough to compete for a start but it will be interesting to see whether he can replace the in-form Kasper Dolberg.

Captain Simon Kjaer has overcome his own fitness concerns and is ready to lead his side out in the English capital.

England vs Denmark head to head

There is nothing separating these two sides in terms of previous matches played between the two.

Both sides have managed three wins and one other game has resulted in a draw.

The home side have not lost in their last 5 matches, only drawing once – a barren draw against Scotland.

Meanwhile, Denmark have won three times but have suffered two losses in that run of matches.

This game can be a lot of things but goalless is not one of them. Both teams are expected to score goals but England are most likely to edge their opponents on the night.