CAN ENGLAND BEAT WALES IN LOCAL DERBY TO CLINCH TOP SPOT IN GROUP B? PREDICTION 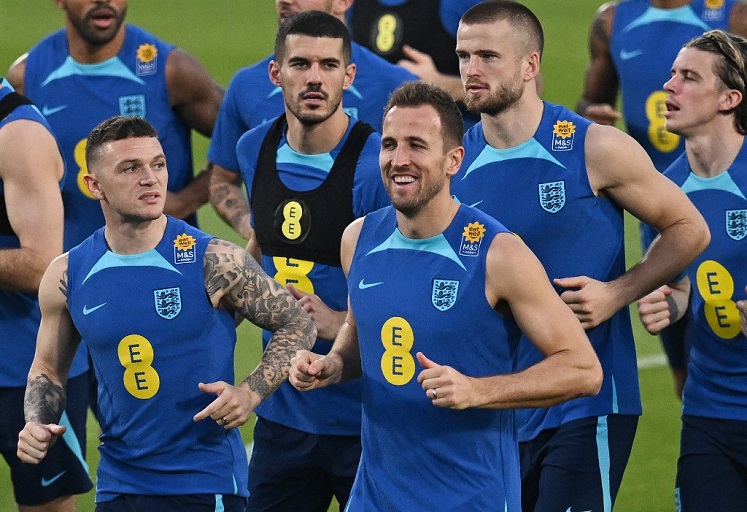 England will play their final Group B match against Wales knowing that all 3 points will guarantee that they finish top of the table.

The Three Lions opened their World Cup campaign with a 6-2 demolition of Iran before being held to a barren draw by USA.

While Wales drew 1-1 against the Americans in their opening game before suffering a shock 2-0 defeat at the hands of lowly-ranked Iran.

Wales must beat England and hope that Iran’s clash with the USA ends in a draw to secure a place in the knockout stages.

England have won each of their last six games against Wales, scoring an impressive 11 goals and conceding only one during this period.

The highly-anticipated game will mark the first time in history that the Three Lions have faced a fellow British nation in the World Cup.

The Welsh are making a return to the World Cup after 64 years and are desperate to make a statement by progressing to the last 16.

Though they are currently on a winless run of seven matches in all competitions for the first time since November 2003 and need a miracle to win.

Can the Welsh upset England and make a shock appearance in the knockout round? Make your predictions here.

What time does England vs Wales start?

The game kicks off at 10pm Kenyan time at the Ahmed Bin Ali Stadium.

Gareth Southgate is boosted by the return to fitness of James Maddison and Kyle Walker but both are likely to feature from the bench.

Phil Foden may be chosen to start up front in place of Bukayo Saka, while Mason Mount is set to retain his starting role.

Harry Kane is still waiting for a goal that is not from the penalty spot this year and will lead the attacking line.

Gareth Bale and Aaron Ramsey have been rather insignificant for Wales but are set to retain their places in the starting XI.

Keiffer Moore should be selected to start to offer a more potent attacking threat, with Dan James also a likely option to feature from the start.

England vs Wales head to head

England have a superior record against Wales and have won 68 out of the 103 matches played between the two teams, as opposed to Wales’ 14 victories.

Neither side is on a good run of form but Wales are without a win in their last 5 matches, losing 4 times in the process.

The Three Lions on the other hand have won just once in their last five games, losing twice and sharing the spoils in a similar number of games.

This will be a heated encounter with qualification on the line for either side. With the poor run of form they are on, both sides will be keen to up their game.

England are however tipped to win and book their place in the knockout round.