CAN CHELSEA BEAT MAN CITY TO BE CROWNED KINGS OF EUROPE? 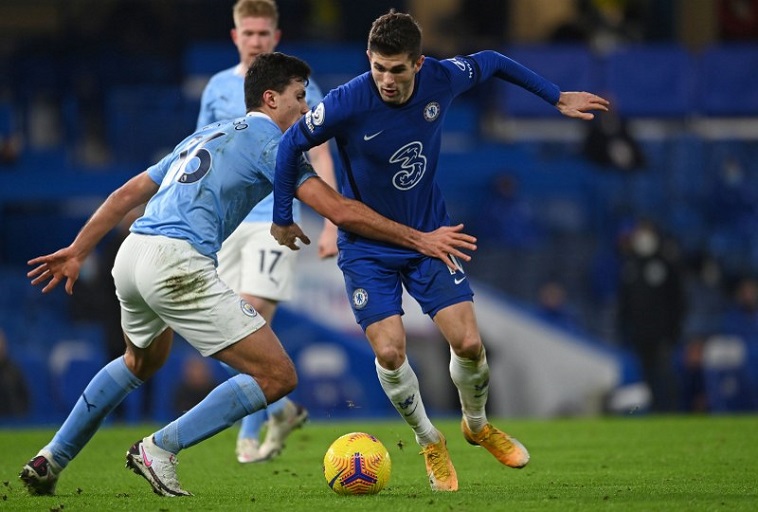 The last game of the European season is finally here as English champions Manchester City take on Chelsea in the UEFA Champions League final.

This is the third all-English final in three seasons, following Liverpool’s 2-0 victory over Tottenham Hotspur at the Wanda Metropolitano in 2019.

Chelsea have already beaten Man City twice this season but this is a whole different ball game as Pep Guardiola’s side seeks a first ever Champions League title.

An additional element of spice to the game is the presence of 16,500 fans at the stadium to boost both sets of teams on the pitch.

Guardiola could become the fourth manager in football history to win a third Champions League medal, after leading Barcelona to glory in 2009 and 2011.

Thomas Tuchel is a man who knows all about European heartache, having come so close yet so far with PSG last year, and a second trophy for Chelsea is all that is on his mind.

The German tactician did become the first manager ever to reach two consecutive finals with two different teams.

SportPesa’s blog has a look at either team and their chances before the Saturday night showdown.

The game kicks off at 10pm Kenyan time at the Estadio Dragao in Portugal.

Tuchel is optimistic that first choice goalkeeper Edouard Mendy will be fit to start after suffering a slight knock in the last league game of the season.

Midfield sensation Ngolo Kante is also expected to start despite missing out on the Aston Villa game with a thigh issue.

Cesar Azpilicueta, Anthony Rudiger and the experienced Thiago Silva will be the starters in the back three for Chelsea.

Up front, Mason Mount is the only guarantee to start but Tuchel will most likely trust Kai Havertz and Timo Werner to partner the Englishman.

As for City, Guardiola has a fully fit squad to choose from after Ilkay Gundogan shook off a slight injury.

Kevin De Bruyne, Phil Foden and Riyad Mahrez are the potential starters meaning Sergio Aguero will have to settle for a place on the bench in his last game for the club.

The Blues have an advantage when it comes to matches played between the two sides, winning 25 times out of the 49 played.

Man City have managed 19 wins and the remaining five matches have resulted in a draw.

Chelsea slipped up toward the end of the season, losing three times and winning the other two in their recent run of five matches.

City also lost twice to Brighton and Chelsea, though they managed to win the other three games.

Though most are tipping Man City to win the game, we cannot forget that it’s a final and Chelsea are just as hungry for a piece of silverware.

Both teams will definitely score but extra time and possibly penalties could be the order of the day.