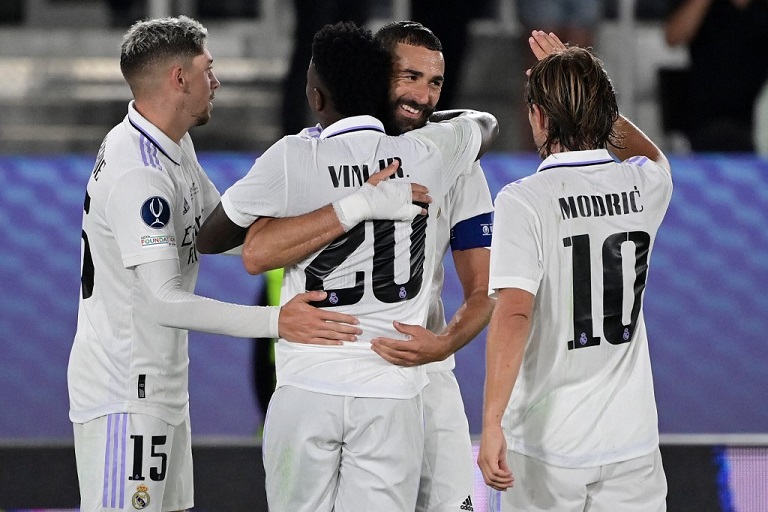 Defending champions Real Madrid begin their season with an away match against Almeria on Sunday evening.

Madrid won the league last season in fine style and topped off a remarkable season with a Champions League title.

Almeria on the other hand won the Segunda division to ensure their promotion back into the Spanish top flight.

They spent seven consecutive seasons in the second tier and even flirted with relegation on a couple of occasions but are finally back.

Los Blancos eased past Eintracht Frankfurt by a 2-0 scoreline to win the UEFA Super Cup this week and will be confident ahead of this match.

Real Madrid are unbeaten in their last nine away games against Andalusian teams in La Liga – their best such run in the competition in over 10 years.

What time does Almeria vs Real Madrid start?

The game kicks off at 11pm Kenyan time at the Power Horse Stadium.

Juanjo Nieto and Ivan Martos are both still unavailable as they recover from cruciate ligament injuries.

For the visitors, Karim Benzema will lead the attacking line, supported by Vinicius Junior and Federico Valverde.

Antonio Rudiger may be handed his first start since leaving Chelsea and he will partner Eder Militao at the back.

Madrid have an excellent record against Almeria and have won nine out of the 12 matches played between the two teams, as opposed to Almeria’s paltry one victory.

The hosts have won two and lost two in their last five games, whilst Madrid have only suffered one defeat in that period, winning three times.

The newcomers have a huge task ahead of them but Madrid’s away form is supreme and they are expected to secure a narrow victory.