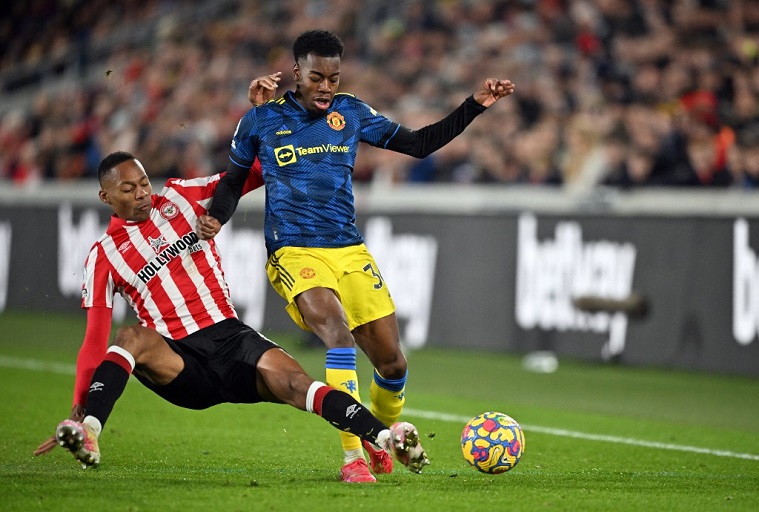 Brentford are hoping to further worsen the state of affairs at Manchester United when they face off on Saturday evening.

The Bees began the 2022/23 season of the English Premier League with a point after a 2-2 draw at Leicester.

Man United on the other hand were stunned 2-1 at home by Brighton as Erik Ten Hag’s reign began in dismay.

United ended their 2021-22 season with six defeats away from home – their worst run of form on the road since March 1981.

All eyes are on Ten Hag to get off the mark in this game and after being rested last time out, Cristiano Ronaldo is a key piece to this puzzle.

The loss left United in 13th place and need to pull up their socks to avoid a second straight defeat of the embryonic campaign.

What time does Brentford vs Man United start?

The game kicks off at 7:30pm Kenyan time at the Brentford Community Stadium.

The hosts are not expected to make any changes to the side that started in the draw against Leicester last week.

Ivan Toney and Bryan Mbeumo are expected to start up front for the Bees.

As for the visitors, Ronaldo is set to return to the starting XI with the likes of Christian Eriksen and Anthony Elanga dropping to the bench.

Bruno Fernandes and Fred will start in the center of midfield with Marcus Rashford on the left flank.

Manchester United have a good record against Brentford and have won eight out of the 13 matches played between the two teams, as opposed to Brentford’s five victories.

The home team have only lost one game in their last 5, winning two and sharing the spoils in a similar number of games.

While United have won just once in that run and lost twice.

There is a nervousness about United at the moment that does not offer much certainty, Brentford will score and may settle for another draw in this fixture.