CAN BRAZIL MAKE IT 3 STRAIGHT WINS WHEN THEY TAKE ON CAMEROON? PREDICTION 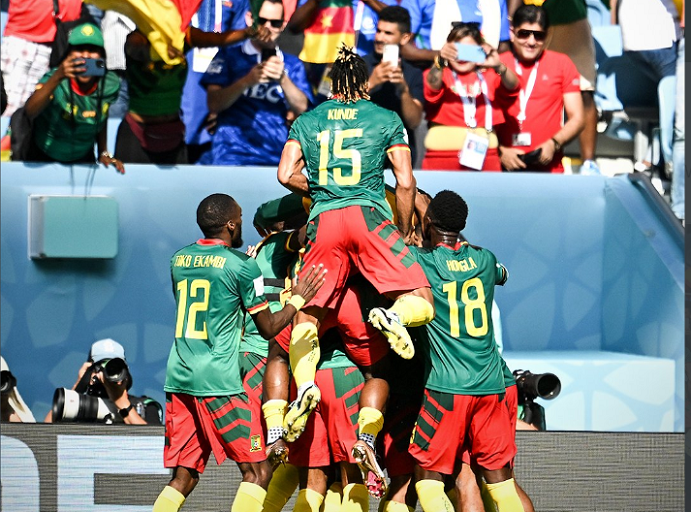 World Cup favorites Brazil are looking to make it 3 consecutive wins when they battle it out against Cameroon in their final Group G clash.

The five-time winners are at the top of the table with 6 points after victories against Serbia and Switzerland.

They are also yet to concede a goal in the tournament and look on course to win the trophy that they last won in 2010.

Cameroon on the other hand come into the game on the back of a thrilling 3-3 draw against Serbia to offer them hope after an opening loss to the Swiss.

The Indomitable Lions are in third place with a point and would have to beat Brazil if they were to stand a chance at qualification.

Brazil have booked their place in the round of 16, winning their first two games at the World Cup for the first time since 2010, in which they reached the quarter-final.

Victory for Tite’s side would guarantee top spot and this would set up a clash against the team that finished second in Group H, either Ghana or Uruguay.

The Selecao are expected to win the game even without their star player Neymar but here are the facts and figures ahead of the clash.

Click here and make your predictions for this game.

What time does Cameroon vs Brazil start?

The inexperienced Devis Epassy will start in goal for the Africans after number one Andre Onana was sent home after an argument with the head coach.

Vincent Aboubakar came on in the last game and changed the outlook of the result with a goal and is expected to start alongside Eric Choupo-Moting.

Karl Toko Ekambi is also set to retain his place in the starting XI.

For the Brazilians, having already qualified, Tite is expected to hand starts to some of the young talent that has been featuring from the bench.

The likes of Bruno Guimaraes, Antony and Gabriel Jesus may be called upon to lead the attacking line.

Alex Telles may be called upon to start to at left back as well as Danilo on the opposite flank.

Cameroon vs Brazil head to head

These nations have gone up against each other 4 times in the past and Brazil have won 3 times, compared to Cameroon’ sole 1-0 victory in a 2003 friendly.

The African side are without a win in their last 5 games, losing twice and sharing the spoils in 3 other games while Brazil are on an incredible streak that has seen them win their last 9 games.

Despite the Africans proving they can score goals, their defense has been wanting and this will prove to be costly against the Brazilians.

Brazil are tipped to win comfortably on the night.