CAN BELGIUM GO INTO WORLD CUP WITH FRIENDLY WIN AGAINST EGYPT? PREDICTION 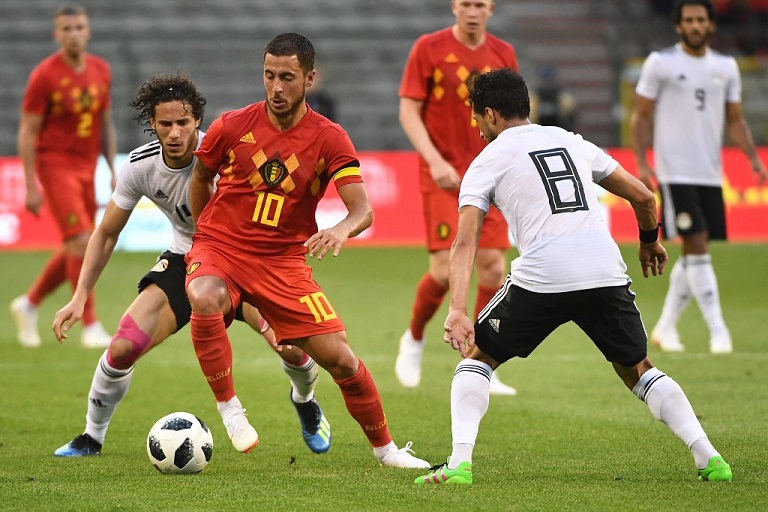 Belgium are keen to bounce back and register a win against Egypt in their final friendly match before the start of the Qatar 2022 FIFA World Cup on Sunday.

Belgium’s last outing ended in a 1-0 defeat to the Netherlands, while Egypt beat Liberia 3-0 on September 27.

The Pharaohs will not be going to the World Cup as they were eliminated by Senegal in a third-round playoff final back in March.

Meanwhile, Belgium will battle it out in Group F against Canada in their opening fixture next Wednesday as well as Morocco and Croatia.

The Red Devils breezed through UEFA qualifying with 6 wins and 2 draws, and are eager to better their best ever third-place finish at the 2018 World Cup.

The previous meeting between these two teams ended in a 3-0 victory for Belgium with Romelu Lukaku, Eden Hazard, and Marouane Fellaini all on target.

Can Egypt prove their might against a European team for the first time since facing Russia at the last finals or will it be an easy win for Belgium?

What time does Belgium vs Egypt start?

The game kicks off at 6pm Kenyan time at the Jaber Al-Ahmed International Stadium.

Romelu Lukaku has been struggling with injury this season and will undoubtedly miss this game as well as the opener against Canada.

Eden Hazard remains out of favor at Real Madrid but he will definitely start for his country as well as his brother Thorgan.

Premier League trio of Kevin De Bruyne, Youri Tielemans and Timothy Castagne will all feature in the starting XI as well.

For the visitors, Liverpool star Mohamed Salah will be looking to score his 50th international goal.

Mostafa Mohamed and Trezeguet are both set to start to aid Salah in the final third.

Belgium vs Egypt head to head

There have ever only been two games pitting these nations against each other, with either team winning one game.

Both teams have won 3 games from their last 5, but Belgium have only lost once compared to Egypt’s 2 defeats.

There has been an average of over 1.5 goals in each sides last 5 games and this will not be any different, though Belgium are expected to win on the night.