CAN BARCELONA REMAIN UNBEATEN IN LA LIGA AWAY AT ATLETICO MADRID? PREDICTION 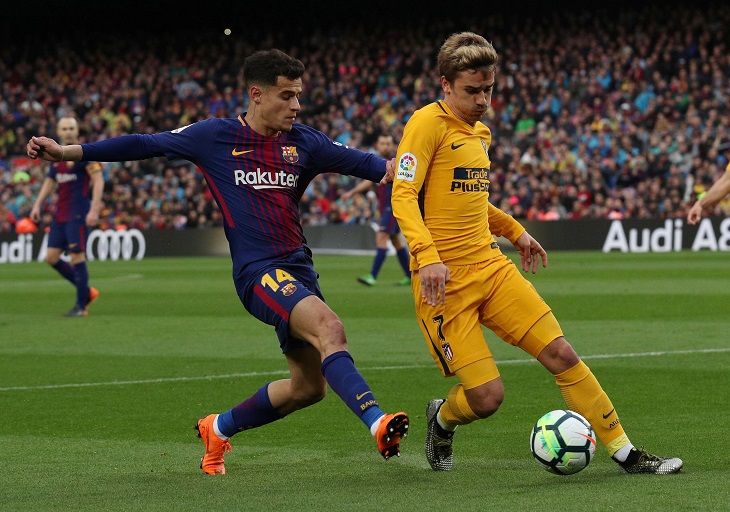 La Liga champions Atletico Madrid are all set for a mouthwatering clash as they host Barcelona on Saturday.

Atletico are currently fourth in the Spanish top flight with 14 points, two ahead of seventh-place Barcelona.

Ronald Koeman’s side are still unbeaten in the league despite losing both their Champions League matches by similar 3-0 margins.

Atletico will enter the match off the back of an impressive 2-1 victory at AC Milan in the Champions League.

Whether Koeman is still in charge for the clash with Valencia on October 17 remains to be seen, but Barcelona, despite their issues, have the players to go and win.

What time does Atletico vs Barcelona start?

The game kicks off at 10pm Kenyan time at the Wanda Metropolitano.

Thomas Lemar remains the biggest injury concern for the hosts ahead of this encounter.

Joao Felix will also hope to be given a chance to impress Diego Simeone.

For the visitors, Pedri made his comeback against Benfica but is unlikely to feature in this match alongside the returning Ansu Fati.

Atletico vs Barcelona head to head

The visitors have won majority of the games between these two teams, winning 27 times out of 54 games.

Atletico have won 12, while 15 have resulted in a draw. Though Barcelona have not beaten their opponents since December 1, 2019.

Atletico have won twice, drawn twice and lost just once in their last five matches, a 1-0 defeat to Alaves.

Barcelona on the other hand have only won once in that run, losing twice as well.

It is very unlikely that this game will have plenty of goals but Atletico have what it takes to edge their opponents.