CAN BARCELONA GO TOP OF LA LIGA WITH VICTORY AGAINST LOWLY ELCHE? PREDICTION 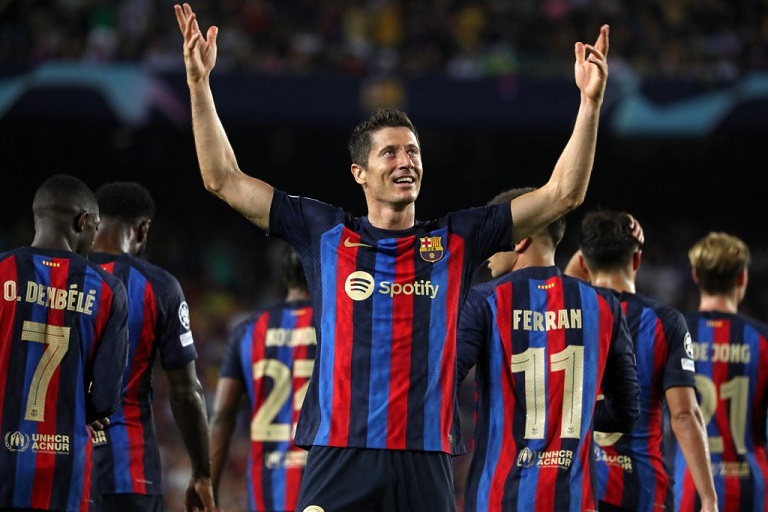 Barcelona will temporarily go top of La Liga if they can manage a victory against lowly Elche at home on Saturday.

Barca are currently in 2nd place with 13 points after their most recent 4-0 demolition of Cadiz.

Elche on the other hand are second from bottom and have not won a single game this season.

Elche are currently in their 3rd straight La Liga campaign, claiming 13th place last season, which proved to be their joint-highest finish since 1976-77.

They have scored just twice and conceded 13, meanwhile, which are worrying statistics ahead of a trip to Camp Nou.

The hosts are coming off a disheartening 2-0 defeat to Bayern Munich in the Champions League and are looking to get things back on track.

Will this be a walk in the park for the home team? Play here to make your predictions for this clash.

What time does Barcelona vs Elche start?

The game kicks off at 5:15pm Kenyan time at the Camp Nou.

The hosts have a full squad to choose from ahead of this clash with no new injuries reported.

Robert Lewandowski is on great goal-scoring form and will start this game, flanked by Pedri and Ousmane Dembele.

Ansu Fati could be handed a place in the line-up and it will interesting to see whether he will play.

Gonzalo Verdu is still out with a groin problem, while Gerard Gumbau will miss out on the chance to face his former club, having picked up a hamstring injury.

Omar Mascarell is also a doubt, having been replaced in the first half of the match with Ernesto Valverde’s side, so there will have to be changes from the team’s last match.

Barcelona vs Elche head to head

These two sides have played each other 11 times and Elche has never won. Barca have won 10 times and only shared the spoils once.

The hosts have won 4 and lost just once in their last 5 matches, whilst Elche have not won a single game and lost 4 times.

The home team are expected to win this game by a high-scoring margin.