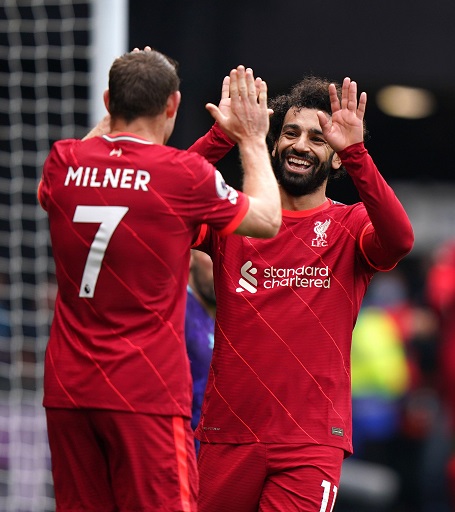 The Reds are top of Group B with 9 points after winning all three of their opening matches, whilst Atletico are in second place with 4 points.

Liverpool may have thrown away two points against Brighton over the weekend, but that result at least marked their 24th consecutive game without defeat in all competitions.

The La Liga champions struggled to get over the line throughout much of October but do at least travel to Anfield on the back of a dominant 3-0 La Liga win over Real Betis.

SportPesa’s blog has a look at both teams ahead of the mouthwatering encounter. Play here to make your predictions.

What time does Liverpool vs Atletico start?

Fabinho and Thiago Alcantara are unlikely to be risked in this fixture plus Naby Keita, James Milner, and Harvey Elliott are injured and have been sidelined for this game.

The front trio of Mohamed Salah, Sadio Mane and Roberto Firmino are set to retain their starting berths for this encounter.

Alex Oxlade-Chamberlain could also be in line for a start in the Liverpool midfield.

For the visitors, Marcos Llorente and Thomas Lemar are the only injured players for Diego Simeone’s side.

Antoine Griezmann was sent off in the reverse fixture and is therefore suspended for the second leg.

Liverpool vs Atletico head to head

The hosts boast a better record against their opponents, winning 4 out of the 9 matches played between them, including their two most recent meetings in 2020.

Liverpool have been victorious twice and another 3 have resulted in draws.

The hosts are unbeaten in 24 matches coming into this fixture, winning four times and drawing just once in their last five matches.

Atletico have won just twice in their last 5 matches, losing once and drawing the remaining two games.

With the kind of form that Liverpool are on, it’s hard to see Atletico winning at Anfield.