CAN AS ROMA FINALLY GET THE BETTER OF SERIE A LEADERS NAPOLI? PREDICTION 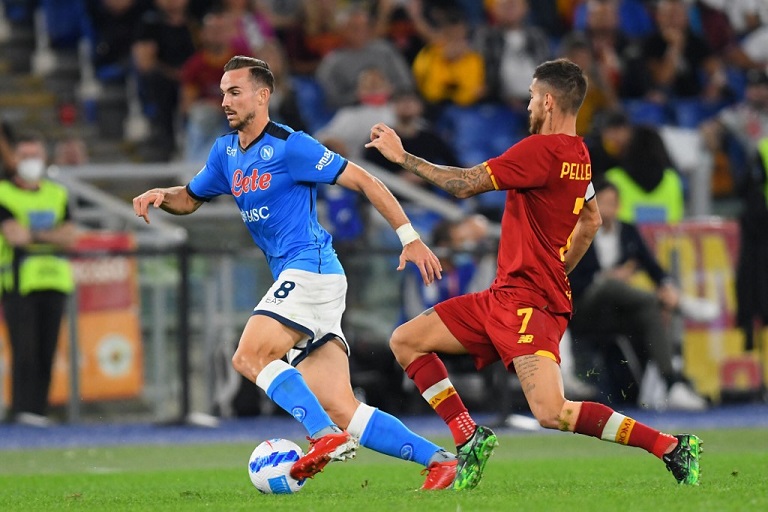 AS Roma have a tough test on Sunday in the Serie A as they host league leaders Napoli in a highly anticipated encounter.

Roma have not beaten Napoli in the league since a 2-1 win in 2019 and will feel like they have a point to prove.

Jose Mourinho’s side come into the game in 4th place with 22 points, 4 adrift of the league leaders.

Roma beat Sampdoria 1-0 in their last game, while Napoli edged Bologna 3-2 in a thrilling encounter.

Napoli have won each of their last 10 games in all competitions, and only once in their history have they enjoyed a longer winning run.

Roma have now won their last 3 Serie A matches and are hoping to be the first side to beat Napoli this season.

Can Roma finally get one over their rivals? Play here to make your predictions.

What time does Roma vs Napoli start?

The game kicks off at 9:45pm Kenyan time at Stadio Olimpico.

Paulo Dybala is a huge blow for the hosts after an injury has ruled him out of the match.

Nicolo Zaniolo has been handed a 3-match ban in the Europa League following his dismissal against Real Betis but he is available and will start in support of Tammy Abraham.

After being rested on Monday, Nemanja Matic is expected to return to the starting XI.

For the visitors, Andre-Frank Zambo Anguissa returned to training at the end of the week, but may not be ready to feature.

Victor Osimhen is fully fit again and is expected to start alongside either Giacomo Raspadori and Giovanni Simeone.

Roma vs Napoli head to head

From 36 games played between these two sides, the hosts have won 15 times compared to Napoli’s 12 victories.

The remaining 9 have resulted in a stalemate.

Mourinho’s side have lost once in their last 5 games while winning 3 times. Napoli on the other hand have won all 5.

This is tipped to be a heated encounter and though Napoli are not expected to lose, they may drop points in a draw.