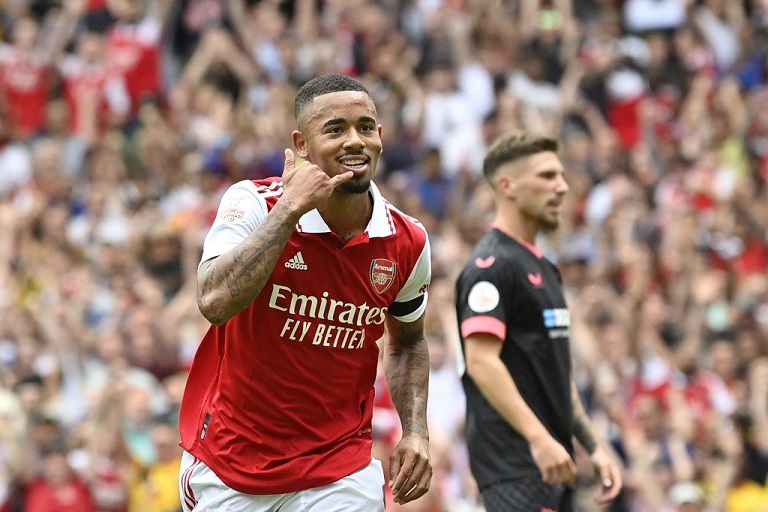 Arsenal remain the only team in the English Premier League with a perfect start as they sit pretty at the top with 12 points.

Mikel Arteta’s charges have the chance to make it 5 wins in a row as they host struggling Aston Villa on Wednesday night.

The Gunners came back from a goal down to beat Fulham 2-1 on Saturday courtesy of goals from Martin Odegaard and Gabriel.

Steven Gerrard’s Aston Villa are struggling to find their form and have already lost three times from their opening 4 fixtures.

Villa suffered a 1-0 defeat to West Ham over the weekend as the pressure continues to pile on the former Rangers boss.

Arsenal completed a league double over their opponents last season and are brimming with confidence ahead the midweek tie.

Will Villa snap out of their horrid run of form to get something out of this game? Play here to make your prediction.

What time does Arsenal vs Villa start?

The game kicks off at 9:30pm Kenyan time at the Emirates Stadium.

Oleksandr Zinchenko and Thomas Partey are the only injury concerns for the hosts.

Aside from that, there is unlikely to be any changes that started against Fulham over the weekend with Gabriel Jesus the main point of attack.

Bukayo Saka and Gabriel Martinelli are expected to be the starters to offer support.

For the visitors, Tyrone Mings remains sidelined alongside Diego Carlos.

Jacob Ramsey was rested last time out and is expected to return to the starting XI in support of Ollie Watkins up front.

Philippe Coutinho has struggled to get a grip this season but he will retain his starting spot.

The home team boast an enviable advantage having beaten Villa 27 times from the 42 matches played between the two.

Villa have won 9 and the remaining six have resulted in a stalemate.

The Gunners come into the game on an 11-match winning streak, while Villa have won twice and lost three times in their last 5 games.

Yes, it is expected that Arsenal’s luck will run out soon but it’s doubtful that it will come in this home encounter. They remain favorites to win.