CAN ARSENAL GUN DOWN NEWCASTLE IN THE FA CUP? 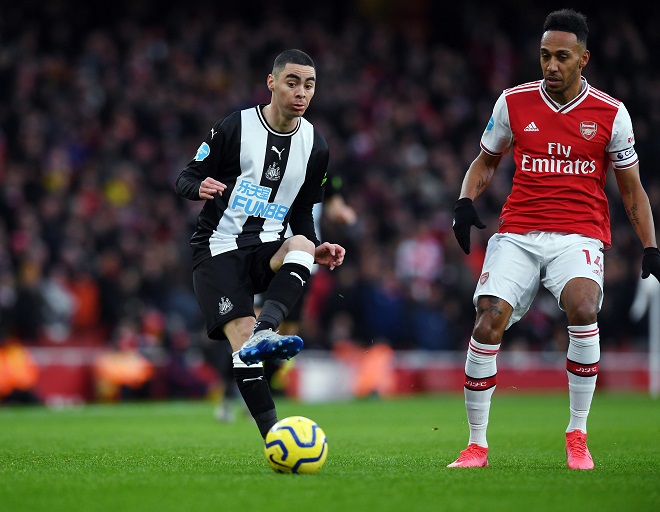 Mikel Arteta’s side come into the FA Cup third round fixture on the back of three straight wins in the league and will hope to continue their winning run against a rather hapless Newcastle side.

Arsenal are the holders of the FA Cup, beating Chelsea in last season’s final to lift the trophy for the 14th time, making them the most successful side in the history of the competition.

Newcastle, meanwhile, are six-time winners of the FA Cup but have not won the trophy since 1955; the Magpies reached the quarter-finals of last season’s competition, though, before losing to Manchester City.

Here is all you need to know about the all English Premier League affair.

What time does Arsenal vs Newcastle start?

The game is scheduled to kick off at 8:30pm Kenyan time at the Emirates Stadium.

The recovery of Thomas Partey from a thigh injury is the most notable for the Gunners as the former Atletico Madrid midfielder is expected to return to the starting line-up.

Dani Ceballos, Ainsley Maitland-Niles, Joe Willock and young sensation Gabriel Martinelli are also all in line for starts as Arteta seeks to shuffle up the squad.

As for the visitors, the now fit Dwight Gayle is expected to return to the starting XI to lead the attacking line, as well as Martin Dubravka, Javi Manquillo and Jeff Hendrick also up for selection.

Arsenal vs Newcastle head to head

Out of the 43 matches played between the two teams, Arsenal have won 28 matches compared to Newcastle’s 5 victories. Another 10 have ended in a draw.

The last time the Magpies recorded a victory against Arsenal was in April 2018, courtesy of goals from Ayoze Perez and Matt Ritchie.

Newcastle come into the game on the back of a miserable run of form, losing 3 times and drawn twice in the last 5 matches.

Arsenal have won their last 3 matches, lost one and drawn another in the last five outings.

Arteta’s side have really picked up momentum in recent games and should have what it takes to grind out a victory against their opponents.

Though, Newcastle will put up a fight and potentially score a goal, it’s unlikely that they can cause an upset away from home.