DO ARSENAL HAVE WHAT IT TAKES TO HOLD OFF LIVERPOOL IN EFL CUP SEMI? PREDICTION 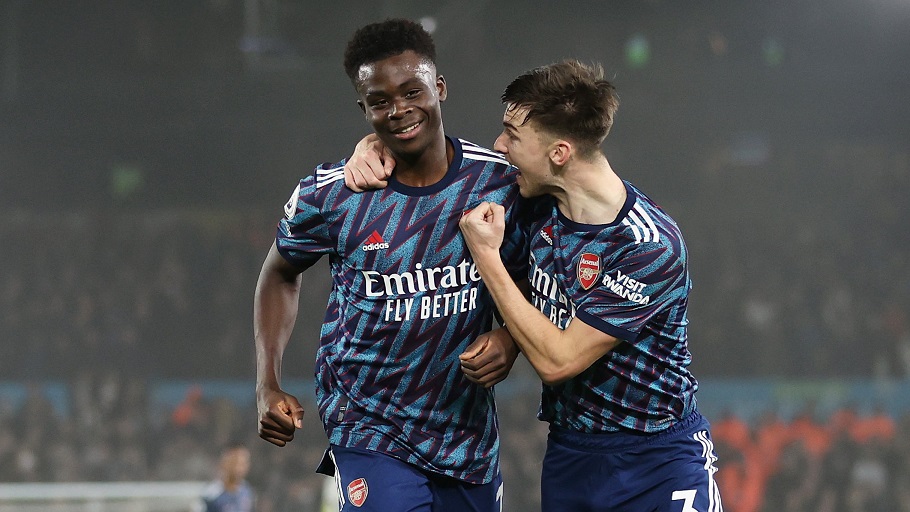 Arsenal are under pressure to deliver a positive result when they take on Liverpool in the first leg of their Carabao Cup semi on Thursday.

The Gunners booked their spot in the last four after a resounding 5-1 win against Sunderland.

Liverpool on the other hand had to battle it out to a 5-3 shootout victory against Leicester after a three-all draw in regular time.

Mikel Arteta’s side narrowly lost 2-1 to English Premier League leaders Manchester City on Saturday whilst Liverpool were held by Chelsea.

With the second leg set for next week, all eyes will be on the Arsenal youngsters to take a positive result back to Anfield.

Are the young Gunners up to the task? Play here to make your predictions.

Bernd Leno is expected to start in between the sticks for the hosts with Ben White and Rob Holding paired in front of the goalie.

Eddie Nketiah bagged a hat-trick against Sunderland and should retain his starting role supported by the sensational Emile Smith-Rowe.

Martin Odegaard is also set to start in midfield.

The visitors are without African trio Mohamed Salah, Sadio Mane and Naby Keita who are all at the Africa Cup of Nations.

However, they have a more than capable squad that will be led by Brazilian forward Roberto Firmino.

Takumi Minamino and Alex-Oxlade Chamberlain are also expected to start for the reds.

Arsenal have won 20 times out of the 57 matches played between these two sides, with their last victory coming in July 2020.

Liverpool have been victorious 18 times with another 19 ending in a stalemate.

Before the defeat to City, Arsenal were on an impressive four-match winning streak compared to Liverpool, who have only won once in their last five matches.

This has the billing to be a cracker of an encounter filled with goals and with the form that they are on and level of football they are playing, Arsenal could win narrowly on the day.