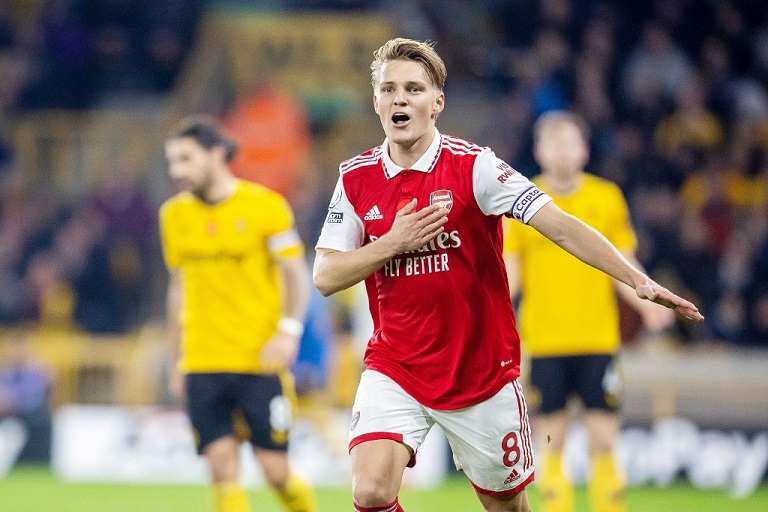 Arsenal travel to Brighton in the last game of Saturday’s English Premier League fixtures hoping to maintain their five-point gap at the summit.

The Gunners picked up where they left off before the World Cup break with a 3-1 victory over West Ham on Boxing Day to take them to 40 points.

Brighton were also 3-1 winners against Southampton, leaving them in 7th place with 24 points.

Depending on how Liverpool fare against Leicester City on Friday, Brighton could find themselves entering 2023 in the top six.

As well as establishing themselves as Arsenal’s bogey team in recent seasons, Brighton have also only conceded six goals at home this season.

Arsenal travel to the Amex having picked up 13 points from the last 15 on offer away from home – conceding a mere one goal in that hot streak.

The hosts are unbeaten in their last three meetings against Arsenal, recording two wins in a row, including a 3-1 win in the EFL Cup in November.

The visitors have the second-best attacking record in the Premier League this season, scoring 36 goals in 15 games.

They also have the second-best defensive record in the competition, conceding 12 goals in 15 games.

What’s your prediction for this mouthwatering encounter? Click here to place your bet.

What time does Brighton vs Arsenal start?

The game kicks off at 8:30pm Kenyan time at the Amex Stadium.

The hosts will be without Moses Caicedo, who is suspended after picking up his fifth yellow card against the Saints and Alex MacAllister is not back since winning the World Cup.

Danny Welbeck could recover from a muscular issue in time to start against his former employers.

Billy Gilmour is poised to make his first league start of the season, with Adam Lallana and Leandro Trossard leading the attacking line.

For the visitors, there is no change expected from the starting XI that was fielded in the win against West Ham.

Brighton vs Arsenal head to head

There have been 13 games played between these two teams with both of them winning 5 each. The remaining 3 have resulted in a stalemate.

The home team have won twice and drawn a simliar number of games in their last 5 outings. They have lost just once – 2-1 defeat to Aston Villa.

Meanwhile, the Gunners lost just one friendly to Juventus but have won the remaining four games.

This will be an entertaining match from kick off and both teams are expected to score. Though, Arsenal’s winning run could be halted here in a stalemate.