CAN ARSENAL AVOID DEFEAT ON THEIR TRIP TO ANFIELD? PREDICTION 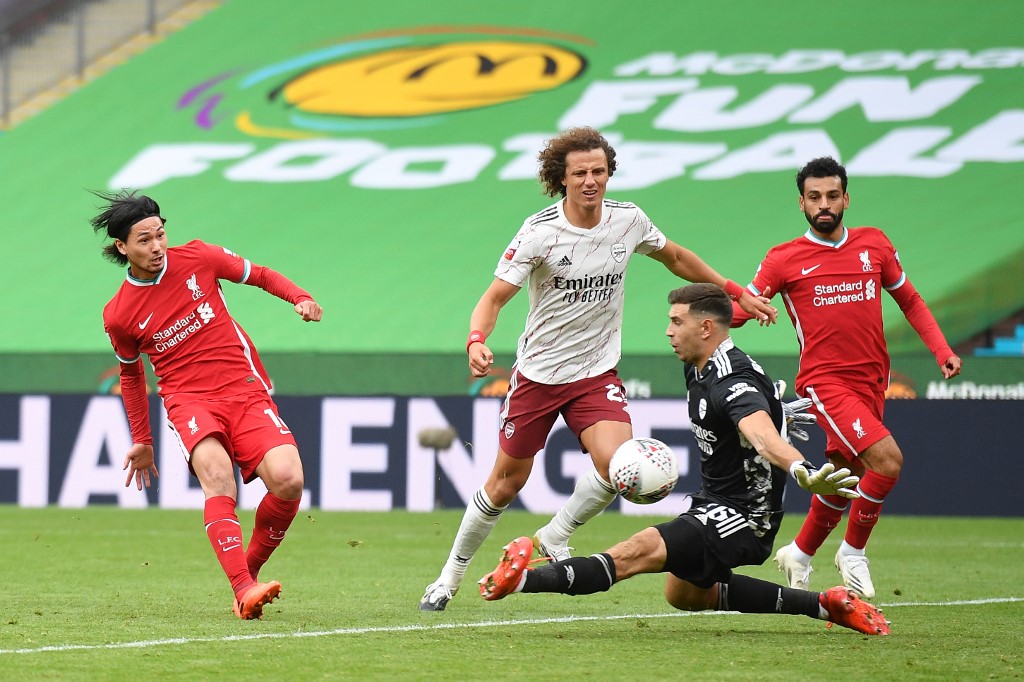 The English Premier League offers a Monday night spectacle as two unbeaten sides lock horns in a bid to maintain their winning start to the 2020/21 campaign.

Champions Liverpool know their opponents and will need to win at home in this first fixture before both sides go at it again on Thursday night in the Carabao Cup.

Neither team has major injury concerns and both coaches have somewhat fully fit squads to choose from before the mouth-watering encounter.

A win for either side will take them level on points with Leicester City and Everton, who are in first and second place respectively after making it 3 wins in 3 over the weekend.

Who’s you money on? Here’s all you need to know going into the game.

The game kicks off at 10 pm Kenyan time at Anfield.

Liverpool are without captain Jordan Henderson, who is still recovering from a knee injury, but other than that everybody else is available for selection.

Most fans will be hoping summer signing Thiago Alcantara will make his full debut after making a great impact on his first appearance for the reds.

For the visitors, the likes of Pierre-Emerick Aubameyang, Dani Ceballos, Willian and Granit Xhaka are expected to return to the starting line-up following the changes made in the midweek win over Leicester.

Out of the 53 matches between these two sides, Liverpool have been victorious 15 times compared to Arsenal’s 20 wins.

Another 18 have ended in a draw, which was the case the last time they met in August.

The reds have won two of their last five matches against the Gunners, who have won just one with the other two resulting in draws.

Both teams have won their first two matches of the new English Premier League season, so there is not much separating them in terms of form.

Arsenal have only conceded one goal so far but have not gone up against a front three as formidable as Liverpool’s.

It’s almost guaranteed that both teams will score but if it has to come down to it, Liverpool have what it takes to beat Arsenal at home.

Besides, Liverpool still have not lost a league match at Anfield in three years.