CAN ARGENTINA SAVE FACE AND BEAT POLAND TO QUALIFY FOR KNOCKOUT ROUND? PREDICTION 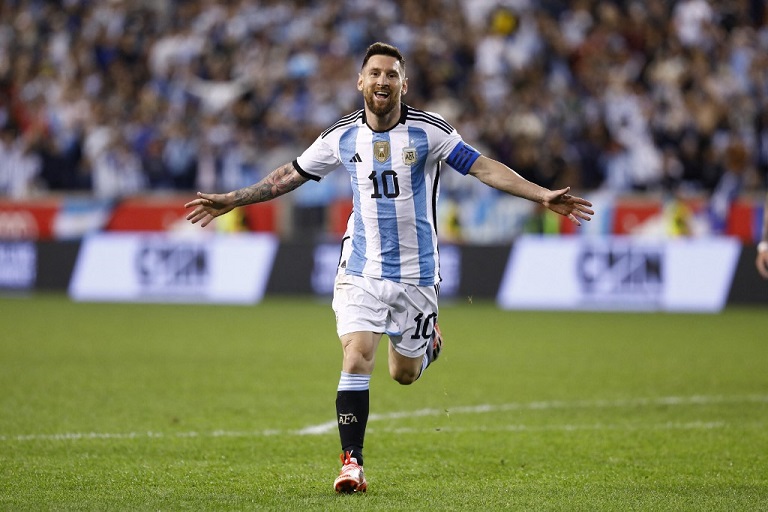 Argentina will battle it out against group leaders Poland in their final game looking to qualify for the last 16 at the ongoing World Cup.

Argentina began the tournament with a shock 2-1 defeat to 51st ranked nation Saudi Arabia before bouncing back with a 2-0 win against Mexico.

Meanwhile, Poland have not conceded a goal and are unbeaten after a barren draw with Mexico and a 2-0 win against the Saudis.

The two-time world champions currently sit level on three points with Saudi, just one point behind Poland at the summit heading into their final group fixture.

Argentina have lost their last two matches against European sides in the FIFA World Cup, with both these defeats coming in the 2018 World Cup.

After winning four of their first seven matches against South American sides in the FIFA World Cup, Poland have lost their last three such matches in the competition.

Victory for Poland on Wednesday would secure top spot in Group C and guarantee their place in the last 16.

Argentina have progressed to the knockout rounds in 12 of the last 13 World Cup finals and will find confidence in this fact ahead of the clash.

Argentina will finish at the summit of Group C and qualify for the knockout rounds if they secure all three points against Poland.

Click here to play and make your predictions for this encounter.

What time does Argentina vs Poland start?

The game kicks off at 10pm Kenyan time at Stadium 974.

Nicolas Tagliafico is also expected to start in the left-back role.

Lionel Messi will lead the attacking line for his country, after already scoring two goals in the opening games of the tournament.

Angel Di Maria and Lautaro Martinez are the most likely pair to start and assist Messi in the final third.

Wojciech Szczesny – who saved a first-half penalty in the win over Saudi Arabia – is set to be protected by a back four of Matty Cash, Kamil Glik, Jakub Kiwior and Bartosz Bereszynski.

Robert Lewandowski and Arkadiusz Milik are both going to start to offer the most potent attacking threat.

Argentina vs Poland head to head

These sides have only gone up against each other only once in the past and Poland came out 2-1 winners in 2011.

The South Americans have lost just once in their last 5 games, the 2-1 defeat to Saudi Arabia while Poland have won 3 times, lost once and drawn another in that run.

The pressure is on both sides to avoid defeat so this will prompt both teams to score in this game, meaning Poland will finally concede.

With all that’s at stake, an edgy encounter could be on the cards that may result in a draw.