CAN BURNLEY CLIMB OUT OF THE RELEGATION ZONE WHEN THEY HOST LEICESTER? PREDICTION 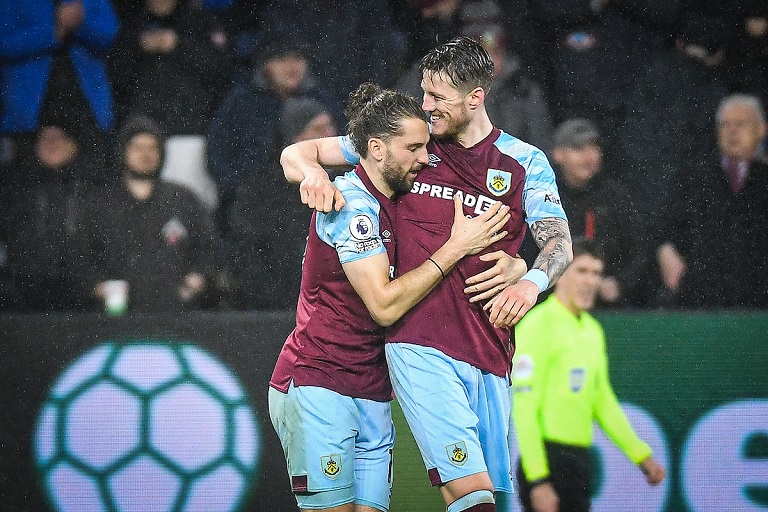 Burnley have the chance to climb out of the relegation zone when they host Leicester City in the English Premier League.

Sean Dyche’s side have not lost in their last three games, their best run the entire season.

Leicester on the other hand have fallen off in the recent past and come into the game in 13th place with 27 points.

Burnley are coming off a 1-1 draw with Crystal Palace while the Foxes were beaten 2-1 by Wolves in their last fixture.

Burnley may have only won one of their last seven meetings with Leicester, but the two most recent meetings have finished level.

Who will come out on top when these sides lock horns? Play here to make your predictions.

What time does Burnley vs Leicester start?

The game kicks off at 11pm Kenyan time at Turf Moor.

Matej Vydra and Johann Berg Gudmundsson are out of this fixture with injury concerns.

Maxwell Cornet and Charlie Taylor are both raring to go from the start with Jack Cork a doubt for the clash.

Jay Rodriguez and Ashley Westwood should both get the nod to start on the night.

For the visitors, Jamie Vardy will make the team, but the striker will certainly not start after a couple of months out.

James Maddison and Harvey Barnes will start up front to offer support to Patson Daka who will lead the attacking line.

Burnley vs Leicester head to head

From the 31 matches played between these two sides, the Foxes have won 13 times and the hosts have managed 9 wins.

Another 9 have resulted in a stalemate, including a 2-2 draw last time these sides met last year.

The hosts seem to be rejuvenated in their bid to avoid the axe and will give the visitors a run for their money. Although, a draw could be the most likely outcome.