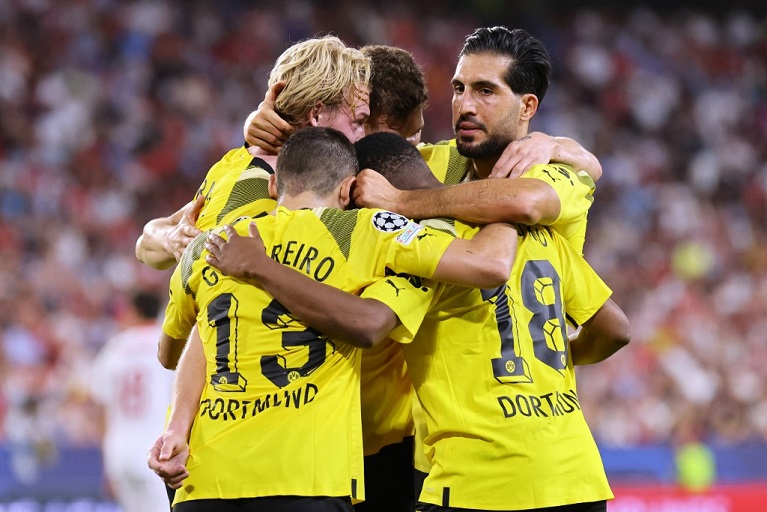 Borussia Dortmund have a point to prove when they host eternal rivals Bayern Munich in the Der Klassiker on Saturday.

Dortmund’s last Bundesliga outing saw them lose 3-2 to Cologne, leaving them in 5th place with 15 points.

While Bayern bounced back with a resounding 4-0 home win against Bayer Leverkusen to maintain their 3rd place standing.

Despite losing two of their last three league matches, Dortmund should still head into their meeting with Bayern full of confidence.

Bayern have scored at least three goals in their last six matches against Borussia Dortmund in all competitions.

Dortmund have three wins in four home games in the Bundesliga this term, with all of them being 1-0 wins but Bayern have the best attacking record in the league.

With both teams enjoying prolific outings in their previous games, the stage is set for an exciting encounter.

What time does Dortmund vs Bayern start?

The game kicks off at 7:30pm Kenyan time at the Signal Iduna Park.

Mats Hummels and Marius Wolf were left out in midweek due to colds but the duo may return to the starting XI here.

Anthony Modeste is more likely to get the nod over youngster Youssoufa Moukoko to lead the attacking line.

For the visitors, Thomas Muller and Joshua Kimmich have both tested positive for COVID-19 and will not feature.

Marcel Sabitzer and Leon Goretzka are tipped to start alongside each other in the midfield for the first time this season.

Dortmund vs Bayern head to head

Bayern Munich lead 66-33 in wins while 34 games have ended in draws.

The last 14 meetings between the two rivals have produced conclusive results, with Munich recording 12 wins and Dortmund coming out on top just twice.

The hosts have lost 3 times and won twice in their last 5 games, while Bayern have only lost once, winning 3 times in the process.

The visiting team are scoring so freely and are expected to in this game as well, both teams getting goals is the most safe wager on this game.