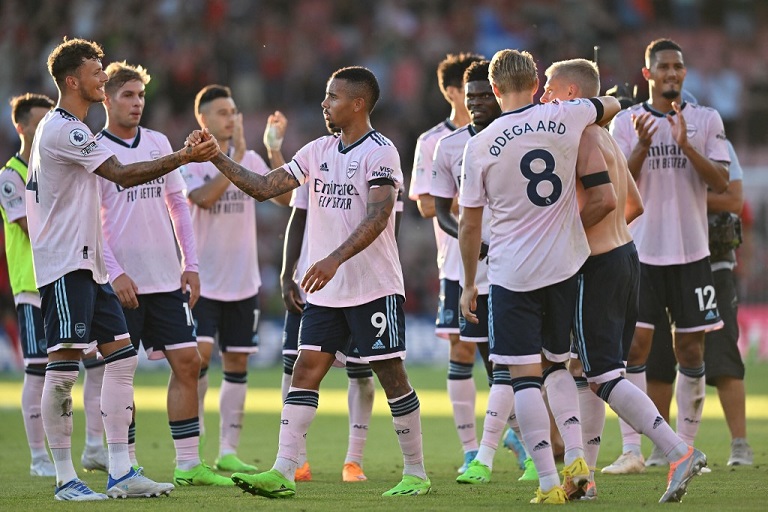 Brentford will host Arsenal on Sunday as they seek to extend their unbeaten English Premier League run to 4 games.

Brentford come into the game in 9th place with 9 points, 6 behind 3rd place Arsenal.

Only Manchester City (20) have found the back of the net more times than Brentford (15) in Premier League action this term.

10 of those goals have come at home and this will give them confidence as they welcome the London club.

Brentford’s first-ever EPL match saw them overcome a lacklustre Arsenal side 2-0 last August, but the Gunners responded with a 2-1 success at home.

Can Brentford make it 4 consecutive games without defeat? Make your predictions here.

What time does Brentford vs Arsenal start?

The game kicks off at 2pm Kenyan time at the Brentford Community Stadium.

Christian Norgaard and Ethan Pinnock are expected to remain absent until after the international break.

Sergi Canos is however expected to be fit enough to start for the hosts and former Gunner Josh Dasilva will also start.

Up front, it will be Ivan Toney to lead the attack after he just recently earned his maiden call-up for the England national team.

Emile Smith Rowe and Cedric Soares are being watched and they could both be fit to play after picking up knocks in midweek.

Kieran Tierney will once again start at left-back for the Gunners, with Ben White on the opposite flank.

Brentford vs Arsenal head to head

From the 3 games played between these two teams, there has never been a draw. Arsenal have won twice, while Brentford have 1 win under their belt.

Both sides have only lost once in their last 5 games, but Arsenal have won all the other 4.

The Bees have won twice and drawn twice in that run.

Both teams are definitely tipped to score in this game and a surprise draw could be the outcome.