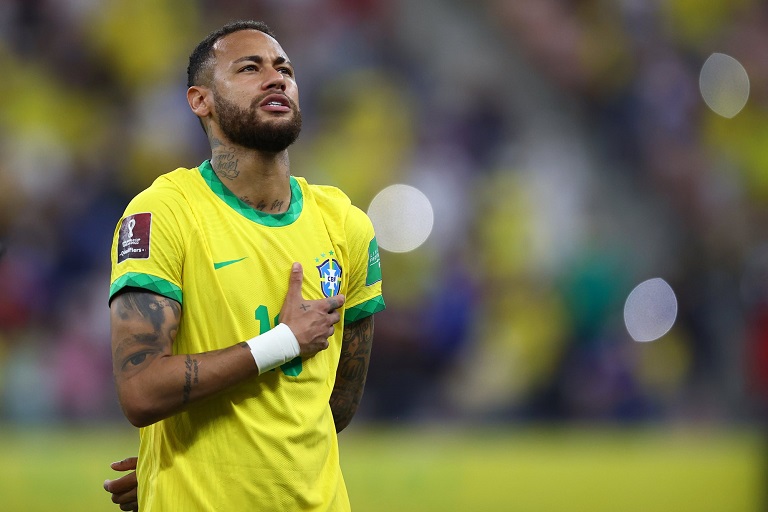 It’s been 20 years since Brazil won the World Cup and they are set to kick start their tournament with a win against Serbia in Group G.

The Samba Boys last won the title in 2002 after they beat Germany 2-0 at the Korea Japan edition of the tournament.

Brazil are out to change their fortunes after they were knocked out of the 2018 World Cup in a 2-1 defeat to Belgium in the quarterfinals.

Serbia on the other hand did not make it past through the group stages and lost to 2-0 Brazil after losing to Switzerland in Group E.

Brazil have arrived in Qatar as the only nation in World Cup history to have qualified for every tournament since the first edition back in 1930.

Brazil are also unbeaten in their last 15 World Cup group fixtures since losing 2-1 to Norway back in 1998 and are confident to extend that streak here.

Tite’s side also boast a 15-game unbeaten run across all competitions, winning each of their last 7 games by an aggregate score of 26-2.

Serbia have lost 7 of their 9 World Cup matches in total, the most defeats by any European nation and this is their toughest test yet.

What time does Brazil vs Serbia start?

The game kicks off at 10pm Kenyan time at the Alireza Faghani Stadium.

Captain Thiago Silva will start in what is his last appearance at the finals alongside Danilo, Marquinhos and Alex Sandro.

Bruno Guimaraes is recovering and may feature from the bench as Casemiro and Lucas Paqueta start in midfield.

Up front, Neymar will lead the attacking threat flanked by Vinicius Junior and Raphinha with Richarlison fit he may get the nod ahead of Gabriel Jesus.

For Serbia, despite Aleksandr Mitrovic recovering from an ankle injury, he is likely to start on the bench.

In his absence, Luka Jovic and Juventus forward Dusan Vlahovic will start to lead the attacking line with Dusan Tadic in the number 10 role.

Nemanja Gudelj is poised to start in centre-midfield alongside Lazio star Sergej Milinkovic-Savic, with Andrija Zivkovic and Filip Kostic providing width as wing-backs.

Brazil vs Serbia head to head

The Samba Boys have won both games they have played against Serbia, scoring 3 goals and not conceding any.

Both sides are unbeaten in their last 5 games, with Brazil winning all their matches while Serbia have won 4 times and shared the spoils in another, a 2-2 draw with Slovenia.

The Selecao are not likely to lose and their winning streak of 15 matches set to continue with an easy win against the Serbians.