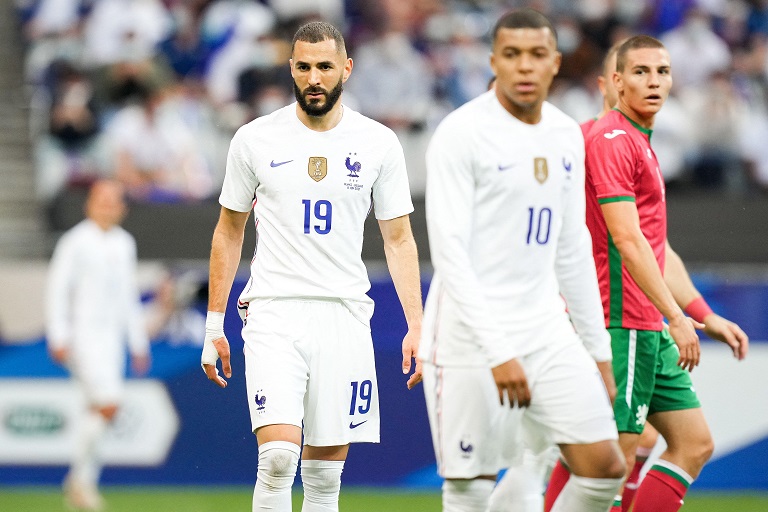 The biggest game of the Euros so far kicks off on Tuesday as France host Germany in the first game of Group F.

The Group that is arguably the ‘Group of Death’ also has Hungary and cup holders Portugal.

The 2018 World Cup winners enjoyed a straightforward run through the qualifiers, topping Group H with eight wins in ten before cruising through to the 2020/21 UEFA Nations League finals.

Didier Deschamps could become the first person ever to enjoy World Cup and Euros triumphs as a player and manager, if he steers France to glory.

As for Germany, following the humiliation at the World Cup in 2018, seems to be leaving them.

They turned over a new leaf as they won seven of their eight games in the Euro Qualifiers to top Group C ahead of Netherlands.

Both teams desperately need to kick start the tournament on a high and we look into both squads ahead of the encounter.

What time does France vs Germany start?

The game kicks off at 10pm Kenyan time at the Allianz Arena.

The big news in the lead-up to the tournament for France was that Karim Benzema had been called up to the national team after a long six-year absence.

Benzema, who was Real Madrid’s top scorer for a second season running, will be flanked by Antoine Griezmann and Kylian Mbappe.

Ngolo Kante is reeling from a UEFA Champions League final victory with Chelsea and will be the key figure in the middle of the pack.

Raphael Varane is also fit and will start in defense in the absence of Kurt Zouma.

For the Germans, they welcome back veteran duo Thomas Muller and Mats Hummels into the national team fold after a two-year hiatus.

Hummels is poised to start alongside Antonio Rudiger and Matthias Ginter in defense.

Up front, Kai Havertz should be the best option, supported by Serge Gnabry and Thomas Muller.

France vs Germany head to head

France have the upper hand, winning 6 out of the 11 matches these countries have played against each other.

Germany have only been victorious on two occasions, whilst the remaining 3 have resulted in stalemates.

Deschamp’s men are unbeaten in their last 5 matches and come into Tuesday’s encounter on the back of four straight wins.

As for Germany, they shockingly lost to Macedonia but won three and drew another in their recent run of five games.

It’s a tough one to pick from but the odds favor France to come out on top in this one. Though, we can never write off Germany so a game with goals is the most probable outcome.