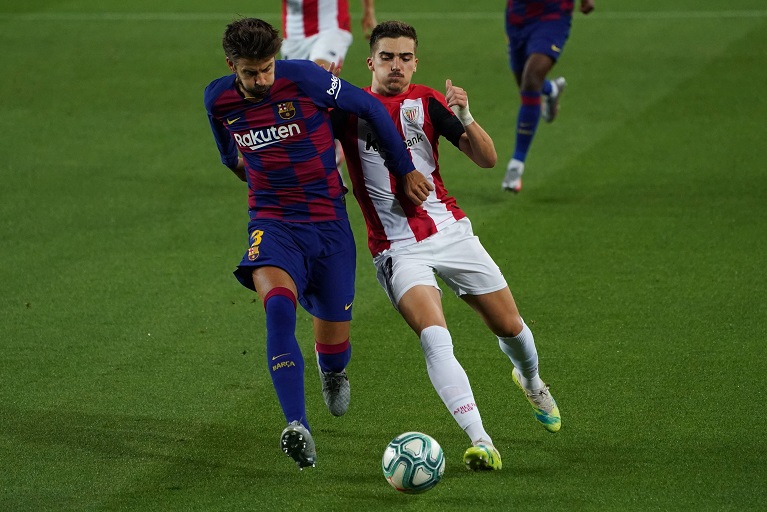 Athletic Bilbao are desperately searching for their first win of the 2021/22 La Liga season as they face Barcelona on Saturday night.

Bilbao began the season with a barren draw away at Elche, while Barcelona began life after Lionel Messi with a 4-2 victory against Real Sociedad.

Gerard Pique, Martin Braithwaite with a brace and Sergi Roberto were all on target in a comprehensive win for Ronald Koeman’s side.

Barca won last season’s Copa del Rey, but they disappointed in the Champions League and finished third in La Liga, meaning that there is a lot of pressure on head coach Koeman.

Play here to make your predictions for this tantalizing fixture.

What time does Bilbao vs Barcelona start?

The game kicks off at 11pm Kenyan time at the San Mames Baria Stadium.

Athletic Bilbao have several injuries to account for with Yuri Berchiche, Peru Nolaskoain, Kenan Kodro, and Inigo Cordoba ruled out of this game.

Marcelino’s squad will be boosted by the return of Raul Garcia from suspension, but it seems likely that the experienced Spaniard will start on then bench.

For the visitors, two-goal hero from the Sociedad game Braithwaite will retain his starting place and will be joined in the final third by Memphis Depay and Antoine Griezmann.

Ansu Fati, Sergio Aguero, Ousmane Dembele, and Marc-Andre ter Stegen are currently recovering from long-term injuries and have been ruled out of this match.

Bilbao vs Barcelona head to head

Barcelona have an impressive record against Athletic Bilbao and have won 39 out of 60 matches played between the two teams. Athletic Bilbao have managed nine victories against Barcelona.

Another 12 games have resulted in a draw.

Both sides have such contrasting run of forms coming into this encounter, with Bilbao winning just once in their last five matches compared to Barcelona who have only lost one.

It is very likely that Bilbao will score their first goal of the season in this encounter but Barcelona are destined to get their name on the scoresheet as well. A draw could be the most likely outcome.