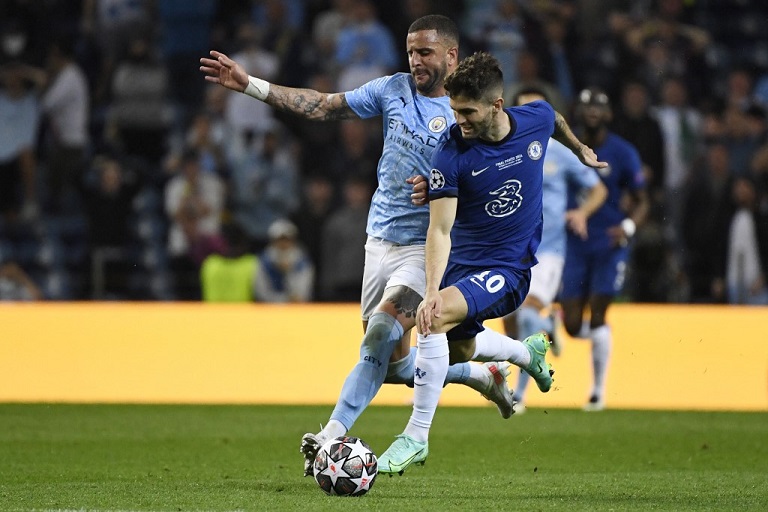 EPL Champions Manchester City will host Chelsea in the biggest League Cup encounter of the week looking for a place in the next round of the competition.

Man City are 2nd on the English Premier League table with 32 points after a narrow 2-1 victory against Fulham at the Etihad.

Chelsea on the other hand are in 7th with 21 points after suffering a 1-0 defeat to London rivals at Stamford Bridge last Sunday.

Man City won the Cup four successive times under Pep Guardiola but their journey ended in a shock fourth round exit after defeat to West Ham last season.

Chelsea progressed all the way to the final of the EFL Cup last season before losing to Liverpool on penalties.

Though the five-time champions – who most recently won the crown in 2015 – have not gone out in the third round since the 2010-11 tournament.

Man City did the double over Chelsea by a pair of 1-0 scorelines in the 2021-22 Premier League season, and this is the first EFL Cup meeting between the two clubs since City beat the Blues on spot kicks in the 2019 final.

Can Chelsea bounce back and record a rare victory against Man City? Make your predictions here.

The game kicks off at 10:45pm Kenyan time at the Etihad Stadium.

Joao Cancelo will serve his one match suspension in this fixture after being sent off against Fulham with teenager Rico Lewis expected to start.

Cole Palmer and Phil Foden are also both confident of being handed starts in the match to join Rodri in the midfield.

Julian Alvarez is set to lead the attacking line, flanked by Riyad Mahrez and Jack Grealish.

The Blues are set to rotate their squad with Kalidou Koulibaly coming into the back line and Cesar Azpilicueta tipped to maintain his role.

Dennis Zakaria, Connor Gallagher and Matteo Kovacic will all start as the entire midfield is set to change.

Up front, Armando Broja and Christian Pulisic are both set to start.

The Blues still hold the advantage in their head to head matches, winning 26 times from the 52 games played while City have come out on top 21 times.

Only 5 games have resulted in a draw, the last one coming over 4 years ago.

The hosts are unbeaten in their last 5 games, winning 4 and sharing the spoils in another, while Chelsea have won twice and lost the same number of games in that run.

An epic encounter is expected on the night with both teams tipped to get a goal in the game. The hosts are favorites to win narrowly on the night.