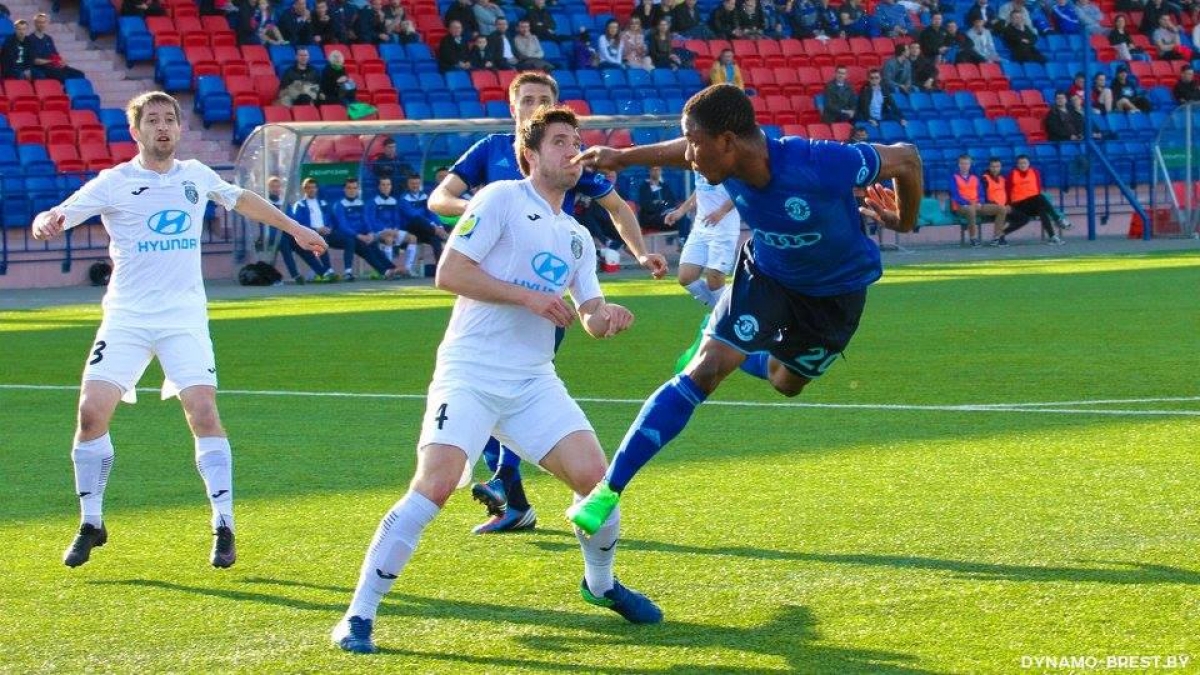 A mere 11 miles separates the home stadiums of 15-time Belorussian Premier League champions BATE Borisov and in-form Torpedo BelAZ, and whilst it may not be the bitterest of rivalries, local bragging rights are at stake at the Borisov Arena this weekend.

BATE, who lost their 13-year grip on the league trophy last season thanks to Dinamo Brest winning their first ever Premier League title, made a disastrous start to the new campaign. However, consecutive wins over newly-promoted Ruh Brest and Minsk has seen the title favourites surge up to mid-table.

BATE’s visitors this weekend have had an equally surprising start to the season. Torpedo BelAZ recorded the biggest upset on the opening weekend, winning away at Belarus Cup holders Shakhtyor. Their win over Energetyk-BGU last week meant that they went into this weekend as the league leaders.

Gabriel Ramos de Penha has been instrumental in Torpedo’s rise to prominence this season. Having scored in those surprising wins over Shakhtyor and Energetyk-BGU, the Brazilian midfielder has two goals from three starts so far, and he’ll be the main threat for BATE this weekend.

The man pulling the strings for the home side will be Stanislav Dragun. The experienced Belarus international scored 14 times playing in an advanced midfield role last season, and has already found the back of the net twice this term.

Interestingly, all three of Torpedo BelAZ’s wins this season have been to-nil. The only blot on the copy book was a 2-0 defeat to BATE’s bitter rivals Dinamo Minsk. The same can be said of BATE’s two wins, which both came without reply from their opponents. It looks like this will be a close call, and the first goal could be critical between two sides that have shown strength when defending leads. Under 2.5 goals could be the pick for the feature fixture this Saturday.

Slavia Mozyr’s trip to Isloch opens the action on Saturday, and this is itself an interesting game. Slavia Mozyr have one foot in the Belarus Cup final, after their 1-0 first leg win over BATE Borisov last week, which followed a surprising league win over the same side.

An opening day defeat to Slutsk seems like a distant memory for a Slavia side that have crept up the standings quietly. Their goalless draw with the Belarus First Division playoff winners Ruh Brest last time out may put some punters off, but the newly promoted side have one of the best defensive records in the division, despite taking on the likes of BATE and Energetyk-BGU already.

Isloch would have been fairly content with their fifth-place finish in last season’s Premier League campaign, and two wins from their opening two games suggested that they were to kick on and challenge for qualification to the UEFA Europa League. However, that early-season promise has derailed with two defeats since. The Mozyr win looks the most likely outcome, both teams to score is highly likely to land and it’s worth noting that Slavia have already converted two penalties this season – midfielder Andrey Chukhley is the man who dispatched both, and both were the first goals of the game. More of the same here?

Ruh Brest got off to a flyer with a win at Dinamo Minsk on the opening weekend, but have failed to score since. However, the newly-promoted side have their best chance of getting back amongst the goals when Minsk arrive on the Polish border this Saturday.

Nobody has shipped as many goals as the eight that Minsk have conceded this season. A far cry from the two that Ruh Brest have conceded. However, Minsk did get off to a strong start with wins over promoted Belshina and Dinamo Minsk which has kept the wolves at bay for now.

Both of these sides are finding goals very hard to come by, but it may be the home side’s defensive superiority that could pave the way for a valuable three points to get away from the dreaded relegation zone.

In Saturday’s other game, Vitebsk take on Dinamo Brest. Both sides have had an indifferent start to the season – a good sign for Vitebsk, who avoided a relegation play-off by a point last term, and a terrible one for the defending champions Dinamo.

Dinamo Brest lost one game all season as they surged to a maiden title win last term. However, they avoided embarrassment at home to newly-promoted Smolevichy-STI on the opening day of the season, thanks to a second-half Gaby Kiki equaliser and were then beaten by Slavia Mozyr a fortnight later.

The defending champions have scored in all of their games this season, which should be enough to see them get the better of Vitebsk.