BATTLE OF THE TITANS AS REAL MADRID HOST LIVERPOOL IN UCL QUARTERS. PREDICTION 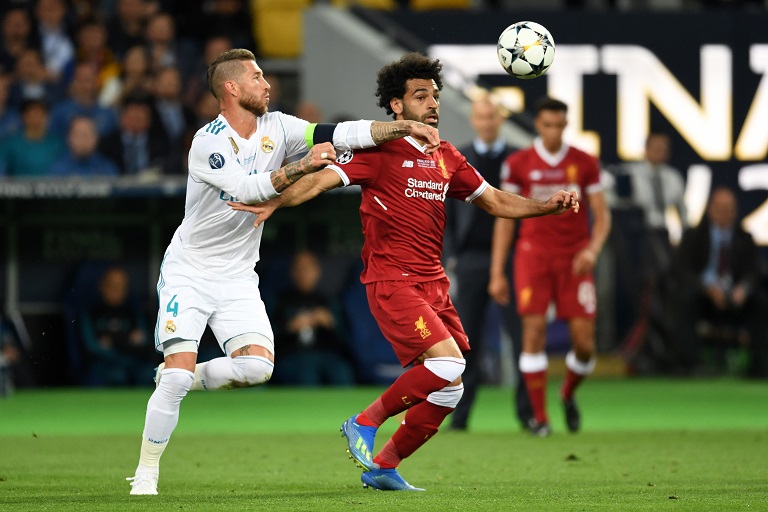 The most elite club competition returns this week and it brings with it a momentous fixture as 13-time UEFA Champions League winners Real Madrid host Liverpool on Tuesday night.

The Spanish outfit are the most successful club in the competition’s history and they will need to be in top form to secure an advantage ahead of the reverse fixture at Anfield on April 14.

Despite a rough patch in the English Premier League, Liverpool have been impressive in Europe thus far and come into the game on a high, after demolishing Arsenal 3-0 at the Emirates Stadium on Sunday.

Madrid were not at their best in the group stages of this season’s competition, winning just three of their six Group B fixtures, but they managed to claim 10 points to finish at the top of the section.

Los Blancos have won eight and lost five of their previous 13 two-legged knockout ties with English clubs and had been victorious in three in a row before the loss to Man City last season.

Liverpool have actually won 15 of their last 23 European fixtures but have only been victorious in two of their last 12 matches against Spanish opposition, suffering eight defeats in the process.

Here is all the lowdown ahead of the mouthwatering encounter.

What time does Madrid vs Liverpool start?

The game kicks off at 10pm Kenyan time at the Alfredo di Stefano Stadium.

The possible return of Belgian forward Eden Hazard will be good news for Madrid, who will have to do without the services of captain Sergio Ramos, who is suffering from a calf injury.

Dani Carvajal and Federico Valverde are also still absent for Zinedine Zidane’s side.

Karim Benzema is expected to lead the attacking line for the hosts, backed by Vinicius Junior and the experienced Toni Kroos should also get a spot in the starting XI.

Liverpool’s defensive crisis remains as pertinent as ever with Virgil van Dijk, Joe Gomez, and Joel Matip injured for this game.

Jurgen Klopp’s headache remains in the final third with Diogo Jota in fine form, it will be interesting to see whether he will rest Brazilian Roberto Firmino for the tie.

Madrid vs Liverpool head to head

There is nothing separating these two sides in their previous encounters as both sides have won three times out of the six they have played.

The previous meeting between the two teams took place in the UEFA Champions League final in 2018 and ended in a 3-1 victory for Real Madrid.

Real Madrid have not lost a single match in their last five prior to this encounter. Los Blancos have picked up 13 points out of a possible 15 in the last five games.

Liverpool on the other hand have lost twice and won their last three consecutive matches.

This will be a game that will produce goals, that is the only certain outcome. Though, despite the lack of a fully fit squad, the hosts boast vast experience in Europe and may just edge their opponents to carry an advantage into the second leg.