BATTLE OF RONALDO VS MESSI RETURNS AS SAUDI ALL STARS TAKE ON PSG. PREDICTION 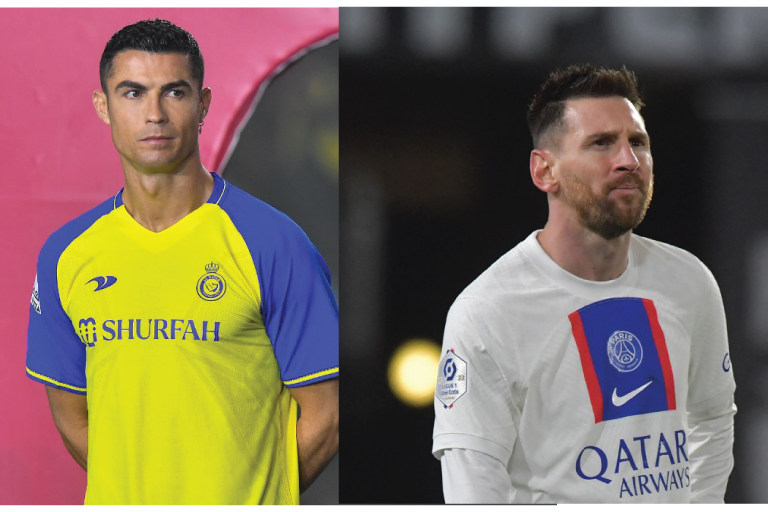 A football rivalry like no other returns on Thursday as Cristiano Ronaldo and Lionel Messi square off in the Riyadh Season Cup.

Ronaldo will take to the pitch as part of the Al Nassr and Al Hilal combined XI All-Star team as they take on Messi’s PSG at the King Fahd International Stadium.

Ronaldo will be making his debut and will step onto the pitch wearing the captain’s armband, as the entire world waits to see him don a Saudi jersey.

His Al Nassr side sit at the top of the Saudi Pro League standings with 30 points, while Al-Hilal – the defending champions – are just one point behind in second with 29.

PSG on the other hand are also top of the French Ligue 1 with 47 points and have a star-studded line-up of their own to bring to the table.

Ronaldo and Messi have 12 Balon d’Or titles between them and there is no doubt that their renewed rivalry will be the main attraction on the night.

Messi, who won the FIFA World Cup 2022 with Argentina last month, will face Ronaldo for the first time since December 2020 when Juventus and Barcelona squared off in the Champions League.

Ronaldo, after an illustrious career, chose to move to Saudi Arabian side Al Nassr on a two-and-half year deal, reportedly worth USD 200 million.

Which of these footballing icons will guide their team to victory on the night?

This game is available on SportPesa’s platform and you can click this link to place your bet on this encounter.

What time does PSG vs Saudi All Stars start?

The game kicks off at 8pm Kenyan time at the King Fahd International Stadium.

The iconic trio of Messi, Kylian Mbappe and Neymar will all start this game to provide a potent attack.

Carlos Soler and Vitinha are also likely to retain their spots in the first XI as coach Christophe Galtier looks to field his strongest possible side.

For the All Stars, former Manchester United striker Odion Ighalo will be fit enough to start in support of Ronaldo.

Popular names such as Moussa Marega, Anderson Talisca and Andre Carillo are also set to start to spice up the team after Vincent Aboubakar saw his contract terminated.

PSG have won four of their last 5 games, losing once in the process, while the All Stars team will be playing a first game together.

PSG vs Saudi All Stars prediction

Seen as an exhibition match, this is expected to produce goals from both teams, with an over 2.5 total more than likely.

Though, PSG have more experience and talent in their squad and are tipped as favorites to win.