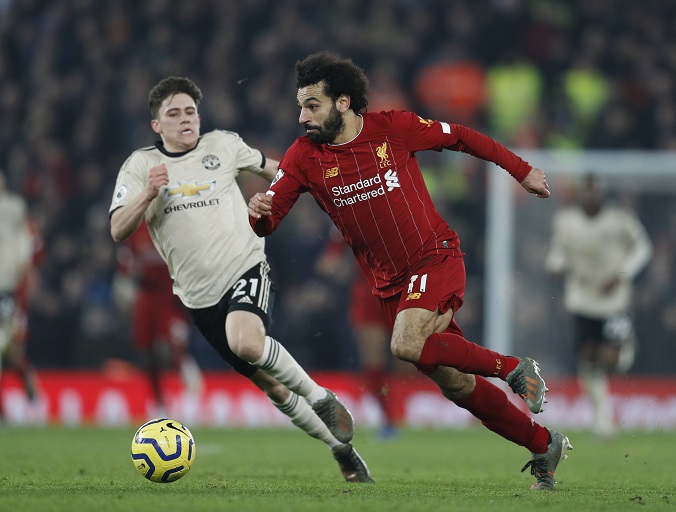 The biggest match thus far of the 2020/21 English Premier League season is here with us and the winner will be top of the table as leaders Manchester United travel to champions Liverpool.

United currently sit atop the competitive table with 36 points, three ahead of the hosts as they go into this make or break encounter.

It is the first time Man United have been top after as many as 17 games of a season since Sir Alex Ferguson led them to their 20th title in 2012-13, a tally Liverpool moved back to within one of with their triumph last season.

Away from home Man United have not lost in the league since that last trip to Anfield almost exactly a year ago – a run of 15 games which includes 12 victories, 11 of which have come in their last 12 such matches.

Here is all you need to know about the mouth-watering clash.

What time does Liverpool vs Man United start?

The game kicks off at 7:30pm Kenyan time at Anfield.

Joel Matip resumed training and should start in the heart of the defense for Jurgen Klopp’s side, meaning that captain Jordan Henderson can return to his favored midfield role.

The front three will remain unchanged as Roberto Firmino will be flanked by the African duo of Mohamed Salah and Sadio Mane.

Victor Lindelof and Phil Jones are still major injury concerns for the visitors and this prompts Ole Gunnar Solskjaer to retain the duo of Eric Bailly and Harry Maguire in defense.

Marcus Rashford has scored three goals in his last four league games against the Reds and earning his side four points in the process and will start for the red devils.

Despite winning a commendable 24 out of the 52 matches played between the two sides, Man United have not defeated Liverpool in the league since 2018.

Liverpool have won 19 of the games and the remaining 9 have ended in a draw.

United have won 4 out of their last five outings, with one ending in a draw, an enthralling 2-2 against second place Leicester City.

The hosts on the other hand have only won twice in their last five fixtures and are without a win in their last three games, the most recent being a 1-0 loss to Southampton at St. Mary’s.

Being at home, Liverpool have proven in recent years that it is almost impossible for them to lose at Anfield and with all that is at stake, they have what it takes to come out on top.

I predict a low-scoring game but a narrow Liverpool win is more than likely.