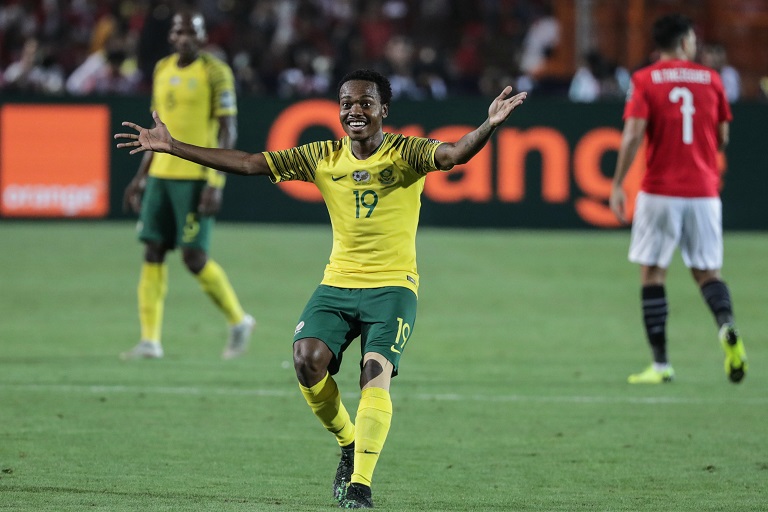 South Africa are keen to get their first win of the 2022 World Cup Qualifiers when they host Ghana on Monday evening.

The hosts kicked off Group G with an underwhelming goalless draw away to Zimbabwe, leaving them in second place with a point.

Ghana were also far from convincing in their opening match as they scraped past Ethiopia in a 1-0 win courtesy of a 35th minute Mubarak Wakaso goal.

South Africa and Ghana have competed in six of the last 12 World Cups between them, but only one side can advance to stage three of qualifying.

This is going to be a nail-biting encounter and you can play here to win by choosing your predictions for the match.

What time does South Africa vs Ghana start?

The game kicks off at 7pm Kenyan time at the Soccer City Stadium.

Thibang Phete and Thabiso Kutumela both tested positive for COVID-19 but Sipho Mbule is a great option in midfield for Bafana Bafana.

A lack of attacking alternatives is likely to see Evidence Makgopa lead the line again, however Luther Singh is likely to be replaced by Victor Letsoala on the left.

For the visitors, Crystal Palace man Jeffery Schlupp suffered a hamstring injury against Ethiopia and will be absent.

This could see Daniel-Kofi Kyereh come in to make his full debut for the Black Stars.

Mohammed Iddrisu Baba and Wakaso are the most likely to be retained in the absence of English Premier League’s Thomas Partey and Mohammed Kudus of Ajax.

This will be the 15th meeting between the two sides and they have been evenly matched in previous games, each winning four wins while six matches in the past have ended in a share of the spoils.

Their most recent meeting came in a qualifying fixture for the 2021 Africa Cup of Nations in March 2021, where Mohammed Kudus and Percy Tau both scored in a 1-1 draw.

Both teams have won twice in their recent run of five matches but South Africa have only lost once, compared to Ghana’s two defeats.

There is no doubt that there is more on the line for the South Africans as they seek their first win of the qualifiers. This coupled with home advantage and absence of key players for Ghana could give them the win on the day.