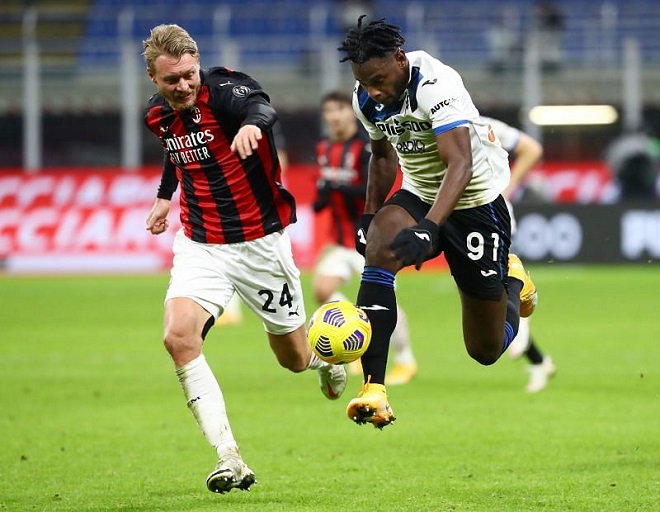 As the Serie A season comes to a close on Saturday, AC Milan know that their hopes of Champions League football next season relies on this game.

They travel to an in-form Atalanta side who are currently in second place in the standings with 78 points.

Milan are a place below them in third, with 76 points, level with 4th place Napoli and just one point ahead of Juventus in fifth.

The hosts have already sealed passage to a third consecutive campaign in Europe’s elite and their Coppa Italia final defeat in midweek took some gloss off an otherwise sparkling spell.

Milan need a victory to secure their entry into the Champion League after an abominable 8-year absence.

The Nerazzurri, however, have been in scintillating form in the league of late and could win eight home games in a row for the first time in their history with victory this weekend.

The reverse fixture between the two Italian teams took place in January earlier this year and ended in a 3-0 victory for Atalanta.

What time does Atalanta vs Milan start?

The game kicks off at 9:45pm Kenyan time at the Stadio Atleti Azzurri.

Luis Muriel, Mario Pasalic, and Josip Ilicic were substitutes in the Coppa Italia final and are likely to lead the line in this fixture.

Rafael Toloi’s suspension was only for cup games so he should be available to feature in the home side back three.

For the visitors, Zlatan Ibrahimovic is still absent and the attacking line will be led by Ante Rebic, supported by Brahim Diaz.

There are no other injury concerns for Pioli and he will field his strongest XI for this make or break tie.

Atalanta vs Milan head to head

AC Milan have a good record against Atalanta and have won 14 matches out of a total of 37 games played between the two sides.

Atalanta have managed 11 victories against Milan, with the remaining 12 resulting in a stalemate.

In the league, free-scoring Atlanta have not last in their last 5 games and are currently on a three-match winning streak, scoring 11 times in the process.

Meanwhile, Milan have lost once in their last five games, winning three times and drawing another.

Despite more being on the line for the visitors, Atalanta have shown no signs of letting up and their ability to score plenty of goals will give them the edge over their opponents.