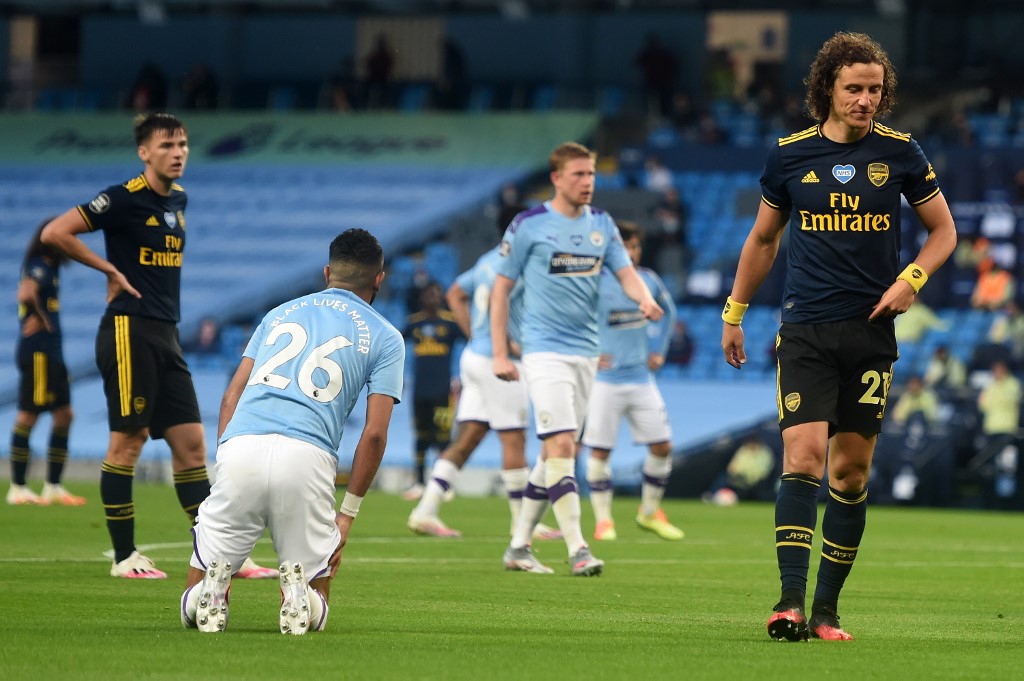 With the break in the congested English Premier League comes the return of the FA Cup for the semi-final matches as Arsenal prepare for a stern Manchester City test.

Mikel Arteta’s side only have this trophy to play for having been knocked out of the Europa League and are currently languishing in 9th place on the league table.

As for Man City, they may have lost league bragging rights to Liverpool but still have the chance to scoop a treble after winning the Carabao Cup and go into the Champions League second leg with a 2-1 lead.

What time does Arsenal vs Man City start?

The game kicks off at 9:45 pm at the Wembley Stadium.

The return of Mesut Ozil should be the highlight of an Arsenal team, who are coming off a mighty win against Champions Liverpool, after the German declared himself fit.

Pierre-Emerick Aubameyang should return to the starting line-up after being rested on Wednesday with in-form Alexandre Lacazette and youngster Reiss Nelson expected to offer support to the Gabon forward.

Sergio Aguero remains sidelined due to injury and Pep Guardiola will turn to Gabriel Jesus to provide the goals for his side. Kevin De Bruyne, who was rested in midweek will return to the starting line-up.

Raheem Sterling’s form has improved in recent matches and should maintain a starting place but it is unclear whether Pep will go with Riyad Mahrez or the seemingly out of favor Bernardo Silva.

In the last 40 years, these sides have only met once in the FA Cup and Arsenal came out 2-1 winners in April 2017.

Though, in all other matches, the Gunners have not had a desirable record against Man City, losing the last seven times both teams have played each other.

Man City have only lost one of their last 5 matches, a shock 1-0 defeat to Southampton, but have bounced back and now boast a three-match winning streak.

Arsenal on the other hand have lost one and drawn once in their last five. The remaining three were wins, with the most recent being a huge one against champions Liverpool.

With neither side having home advantage and both teams looking to make a point, it’s almost certain that both teams will get their names on the scoresheet.

Though, Man City’s depth and recent experience in high magnitude games, could give them enough of the edge they need in order to come out victorious.