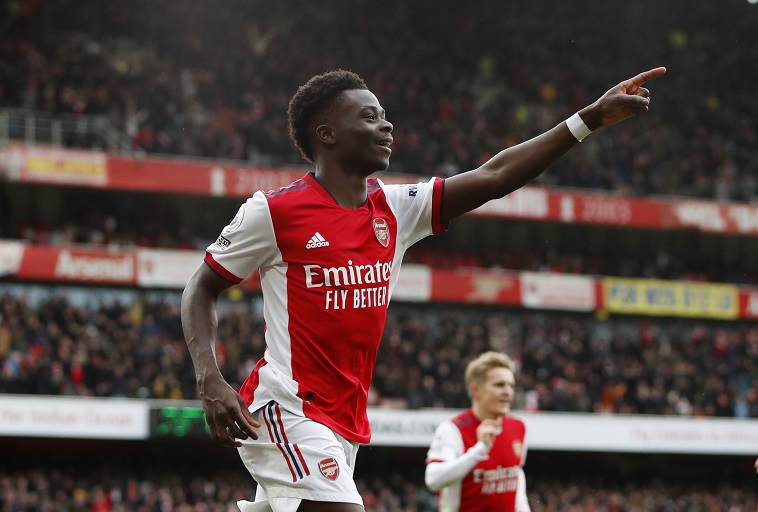 Despite the rivalry between these two teams dying out over the years, Arsenal are all set for an acid Manchester United test.

The Gunners are coming off a dramatic 4-2 win in the London derby against Chelsea on Wednesday.

The victory means Mikel Arteta’s charges are in 5th place with 57 points, level with fourth-place Tottenham.

Man United are coming into the game after suffering an embarrassing 4-0 defeat at the hands of title-chasing Liverpool.

They remain three points adrift of their opponents but a win for them could see them hop into fourth place on the table.

Despite back-to-back home losses to Liverpool and Brighton, Arsenal’s away record remains the third best in the English top flight.

The visitors were 3-2 winners earlier in the season but can they repeat this success? Play here to make your predictions.

The game kicks off at 2:30pm Kenyan time at the Emirates Stadium.

Thomas Partey and Kieran Tierney are still unavailable through long-term injury and will not feature in this encounter.

Mohamed Elneny and Granit Xhaka are all set to pair in midfield.

Eddie Nketiah started against Chelsea and scored twice and this could gift him a spot in the starting XI on Saturday.

After missing the game against Liverpool due to the tragic death of his baby son, Cristiano Ronaldo, is reportedly back in training.

Marcus Rashford is likely to be relegated to the bench after a string of poor performances but Anthony Elanga and Jadon Sancho will start.

These two teams have played each other 58 times and the visitors have come out on top 26 times.

The Gunners have won 16 times and the remaining 16 have resulted in a draw.

The home team have won 2 times in their last 5 matches but lost all the remaining three games whilst United have only managed one win in that run.

This will be a tough game to predict with what’s at stake for either side, but Arsenal may make use of the home advantage and grind out a win.