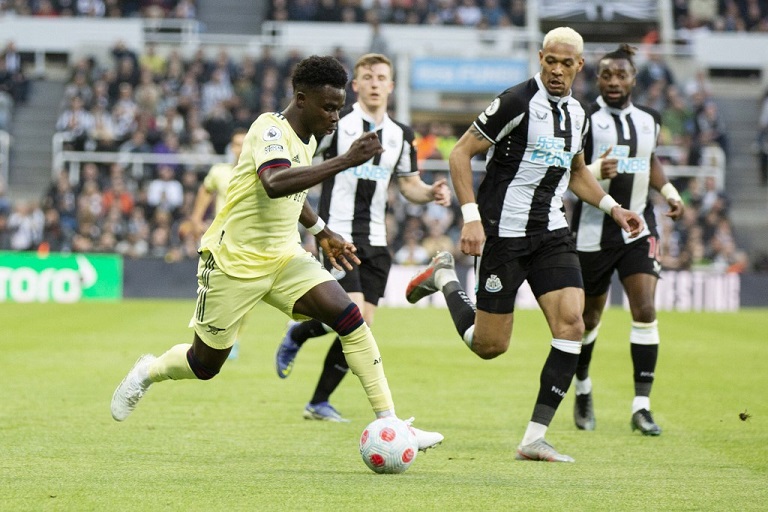 Arsenal have the chance to open up a 10 point lead at the top of the English Premier League table with a win against Newcastle on Tuesday.

The Gunners beat Brighton 4-2 to maintain their healthy lead at the summit with 43 points, seven more than second place Manchester City.

Meanwhile, Newcastle are enjoying one of their best seasons ever as they sit in third place with 34 points despite a barren draw with Leeds.

A win at the Emirates will be Arsenal’s sixth consecutive win but face a Newcastle side that are unbeaten in their last 12 league outings.

Arsenal have won their last 11 home games against Newcastle United in all competitions – their second-longest such run against a single team.

Newcastle defeated Arsenal by a 2-0 margin in their previous Premier League game and last won consecutive league matches against the Gunners in 1996.

This will be a true test for Mikel Arteta’s side who remain the only team in the top flight still with a 100% home record intact after 16 games.

No team in history has failed to win the league after collecting 43 points after 16 games and this could be Arsenal’s end to their dry spell.

The last time Arsenal won the English Premier League remains in 2004 during their Invincibles season but all this could change this season.

Can the Gunners get their sixth straight win or will Newcastle continue their amazing run in the top flight?

What time does Arsenal vs Newcastle start?

Martin Odeegard has been Arsenal’s key player and he will start in midfield to orchestrate proceedings alongside Thomas Partey.

The front three of Gabriel Martinelli, Bukayo Saka and Eddie Nketiah will retain their starting roles.

The only change expected from the visitors is the inclusion of returning Callum Wilson to lead the attacking line, with Chris Wood expected to be benched.

Allan Saint-Maximin is fit again as well but he too could have to settle for a place on the visitors bench.

Arsenal vs Newcastle head to head

The home team have lost just once in their last 5 games, a 2-0 friendly defeat to Juventus, but have won the remaining games.

Newcastle are unbeaten in that run, winning four games and sharing the spoils in their most recent game against Leeds.

This is a tough one to call with both teams being on a grand run of form. Goals are expected from both teams though and a draw could be the most likely outcome.