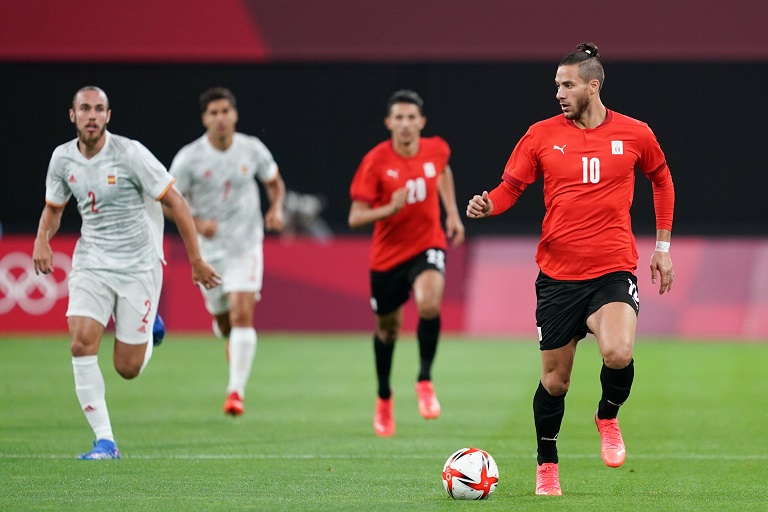 Argentina are desperately seeking to save face against Egypt on Sunday in their Olympics men’s football Group C clash.

The tournament could not have started any worse for Argentina as they lost 2-0 to Australia on Thursday, leaving them at the bottom of the table.

Lachlan Wales and Marco Tilio were on target to inspire the Aussies to a rare win that has them leading the standings ahead of the second round of matches.

As for their opponents Egypt, a 0-0 draw against Spain in the opening game is a result that they are proud of and carry an array of confidence ahead of the Argentina duel.

The Argentines have to avoid defeat if they are to keep any hope alive of advancing to the next round.

Will they find a way back with a win against Egypt? Play here

What time does Egypt vs Argentina start?

The game kicks off at 10:30am Kenyan time at the Sapporo Dome.

With the absence of Mohamed Salah, Ramadhan Sobhi has looked the most potent in the Egyptian attacking line and should maintain his place up front.

Their defense was solidified by the experience of Ahmed Hegazy and his partnership with Mahmoud Hamdi is the obvious choice.

Coach Fernando Batista is expected to rotate his squad after a poor show in their 2-0 loss to Australia and it will be interesting to see who gets the nod.

Francisco Ortega was sent off and so he will not feature.

Egypt vs Argentina head to head

These two sides have never gone up against each other.

Both sides have won two of their last five matches, the only difference being Argentina have lost twice compared to Egypt’s solitary loss to Japan.

The Egyptians showed their potential against Spain and it would be foolish to write them off. They could win on the day and progress to the next stage.