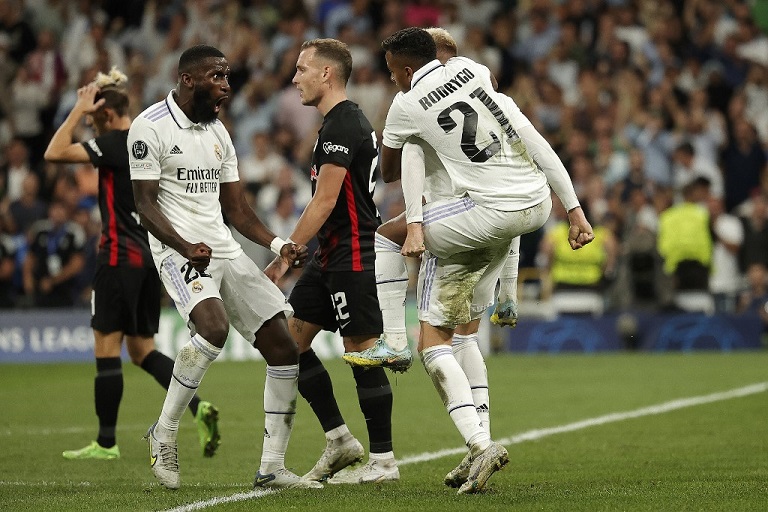 Real Madrid need only a draw away at RB Leipzig to confirm that they will win Group F as they head into the UEFA Champions League last 16.

Madrid are atop the standings with 10 points, with Leipzig following in second with 6 points.

The German club are unbeaten in their last 7 matches in all competitions, including a 3-3 draw with Augsburg in the Bundesliga on Saturday.

Carlo Ancelotti’s side were 3-1 winners against Sevilla over the weekend to extend their unbeaten start to the La Liga season.

Madrid are unbeaten in their last 13 matches in European competitions and have scored at least 2 goals in each of these matches, bagging a total of 31 in the process.

They have also won their last 4 away games in the group stage of the UEFA Champions League and have kept clean sheets in all these matches.

Will these be yet another routine victory for the 14-time Champions League winners? Make your predictions here.

What time does Leipzig vs Real Madrid start?

The game starts at 10pm Kenyan time at the Red Bull Arena.

Timo Werner will need to be assessed before this game but the hosts are hopeful he can feature.

Amadou Haidara will also come back into the midfield, with the likes of Youssouf Poulsen and Emil Forsberg relegated to the bench.

Andre Silva and Christopher Nkunku are definitely starting to lead the attacking line for the hosts.

Karim Benzema is ruled out of this game but the return of number one goalkeeper Thibaut Courtois is very welcome for the visitors.

Antonio Rudiger is expected to return to the starting XI in place of Ferland Mendy to pair with Eder Militao in the back line.

Luka Modric scored over the weekend and will maintain his starting role alongside Federico Valverde.

The last game between them was the only competitive match between these two sides and Madrid came out on top.

Both sides are unbeaten in their last 5 games but Madrid have won the remaining 4 matches, while Leipzig have won 3.

This game is expected to produce goals but Madrid’s unbeaten start to the season is likely to continue with yet another 3 points on the night.