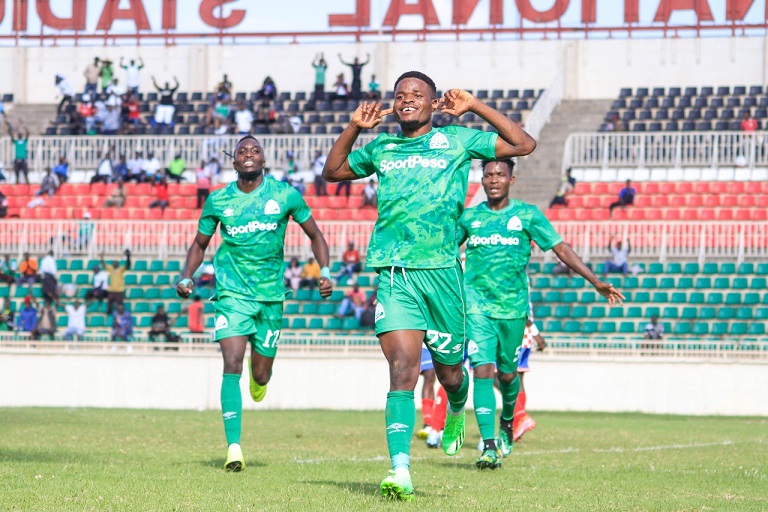 Record Kenya Premier League winners Gor Mahia are raring to take to the field against their eternal rivals AFC Leopards this Sunday.

The game dubbed the ‘Mashemeji Derby’ is the most anticipated match in the Kenyan football calendar and will kick off at 3pm at the Kasarani Stadium.

Gor, who are coming off a morale-boosting 3-1 win against Vihiga Bullets courtesy of a Benson Omalla hat-trick were in high spirits during their training on Tuesday.

Head coach Jonathan McKinstry, who will be in charge of his first derby, explained his anticipation for the game and appreciated the immensity the game comes with.

“The team is in doing well and despite the journey back from Kisumu, the training session today was good and we are confident we can pick up 6 points in our games this week.

“The first time I ever watched Gor play was against AFC Leopards and the atmosphere was insane, I am expecting the same this weekend and we are well prepared for the challenge,” he stated.

Leopards are on the hunt for their first KPL title since 1998 but are sitting in ninth place with 14 points after 10 games.

Gor on the other hand are currently in 4th place with 20 points and two games in hand before this week’s fixtures.

Omalla’s hat-trick was the first in the green of K’Ogalo and the striker who now has 9 goals in 9 games is hopeful he can replicate his performance on Sunday.

“I’m feeling confident right now and as long as I can keep my head down and focus on the task at hand, I know I can continue to deliver goals for my team.

“My teammates are also playing very well and that helps me score goals. I am really looking forward to the game this Sunday and I urge our fans to show up to support us,” Omalla told SportPesa’s Blog.

The forward can easily surpass the 26 goals that Boniface Ambani scored in 2005 while at Tusker and the 21 goals that Allan Wanga scored in 2007 when he was also with the brewers.

The league record for most goals scored in one season is currently held by Maurice Ochieng, who completed the 1976 season with 26 goals for Gor Mahia.

“Benson is a good player and he is always eager to listen so he can better himself, with the form he is in now, he believes that he can convert most chances and that is very important.

“We are focused on our two games this week and when the derby comes, we are confident that we can bag all 3 points and keep the bragging rights as the best team in Kenya,” former Rwanda coach McKinstry added.

AFC Leopards are yet to beat Gor Mahia in a league fixture for the past six years and are hoping to continue their dominance over their eternal but no longer tenacious rivals.