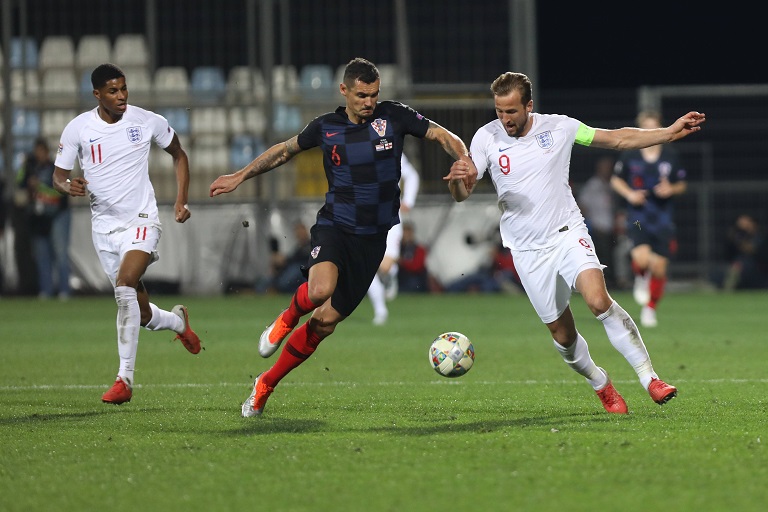 The Three Lions are among the top favorites to win the Euros and have an acid first test against a very capable Croatia side.

England are on the hunt for a first piece of silverware since the 1966 World Cup and all eyes are on Gareth Southgate and his charges.

Croatia have been on the up and proved their might by making it to the World Cup finals in 2018, where they lost to eventual winners France.

A near-flawless qualification period meant that England’s place in the Euro 2020 finals was never in doubt, and the Three Lions enter the weekend on the back of a six-game winning run.

As mentioned, England overcame Croatia 2-1 in the 2018-19 Nations League four months after their World Cup exit – with a goalless stalemate sandwiched in between those two matches.

The pressure is on both teams to get the tournament started on a high in a group that also includes Czech Republic and Scotland.

What time does England vs Croatia start?

The game kicks off at 4pm Kenyan time at the Wembley Stadium.

England have been handed a timely defensive boost with the news that Man United’s Harry Maguire is back in training ahead of the opening game.

Jordan Pickford is his preferred goalkeeper and the defensive pair of John Stones and Tyrone Mings could be put to the test.

Southgate has a headache up front having to chose between Jadon Sancho, Jack Grealish, Mason Mount or Phil Foden to support Harry Kane.

For the visitors, Sime Vrsaljko will start at right-back after winning a title with Atletico Madrid.

Bruno Petkovic and Ante Rebic are competing for a place in the starting XI, while Luka Modric is a certainty in the Croatian midfield.

England vs Croatia head to head

They have played 9 games against each other and England have come out on top on 5 occasions.

The hosts have won their last six games in a row while Croatia have only managed two wins in their last five and suffered two defeats.

This has the potential to be a very entertaining encounter with both teams boasting full potential to win the group.

A draw is the most likely prediction.