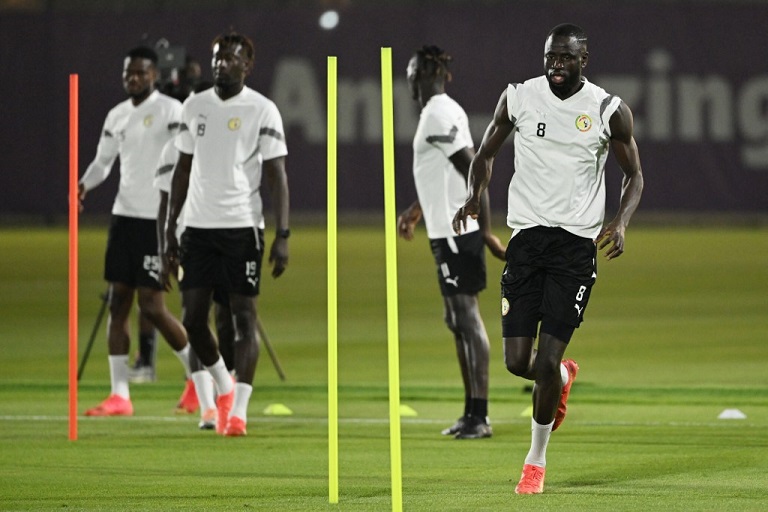 Despite the disheartening news of Sadio Mane missing out on the Qatar 2022 FIFA World Cup, Senegal heads remain high ahead of the Netherlands clash.

The Bayern Munich star was ruled out of the tournament due to an injury to his right fibula, which was sustained while playing against Werder Bremen in a league game on November 8.

Mane scored 2 winning penalties against Egypt to seal Senegal’s first ever Africa Cup of Nations and is a huge blow to Aliou Cisse’s team.

Netherlands are back with a vengeance after missing out on the Russia 2018 World Cup and will not make it easy for their African opponents.

The Dutch come into the game under the tutelage of Louis Van Gaal and have gone a remarkable 15 games without defeat.

Senegal, who failed to make it past the group stages at the last tournament, have recorded 6 clean sheets in their last 8 games and this will boost their confidence.

In 2014, they got to the semi-finals of the competition in Brazil but they lost to Argentina on penalties as the match ended goalless after 120 minutes.

Which of these sides will get their tournament off to a winning start?

Make your predictions here for this clash.

What time does Senegal vs Netherlands start?

The game kicks off at 7pm Kenyan time at the Al Thumama Stadium.

Nicolas Jackson, Iliman Ndiaye, Krepin Diatta and Bamba Dieng are all hoping to get a place in the starting XI in the absence of Mane.

Chelsea number one Edouard Mendy will be between the sticks and his teammate Kalidou Koulibaly will stand in the heart of defense.

Cheikhou Kouyate will start in midfield alongside Idrissa Gana Gueye as Ismaila Sarr provides an attacking threat up front.

For the visitors, EPL center-backs Virgil Van Dijk and Nathan Ake will both start in front Remko Pasveer in goal.

Barcelona forward Memphis Depay has been ruled out of the opening game with a hamstring injury but Cody Gakpo and Steve Bergwijn are fit to start.

Senegal vs Netherlands head to head

These two sides have never gone up against each other before, making this the first competitive encounter between them.

Cisse’s side have won 2 games from their last five and lost the same number of games, a 1-1 draw against Iran in their last game before the World Cup is their only draw.

Meanwhile, the Dutch are unbeaten in their recent run of 5 games – winning 4 times.

With the amount of clean sheets Senegal have managed in their recent matches, it will not be as easy for Netherlands to break them down.

A low-scoring draw could be the most likely outcome, which would be a great start for the Africans in arguably their toughest group game.