A SPOT IN THE FINAL UP FOR GRABS AS SOCIEDAD HOST BARCELONA! PREDICTION 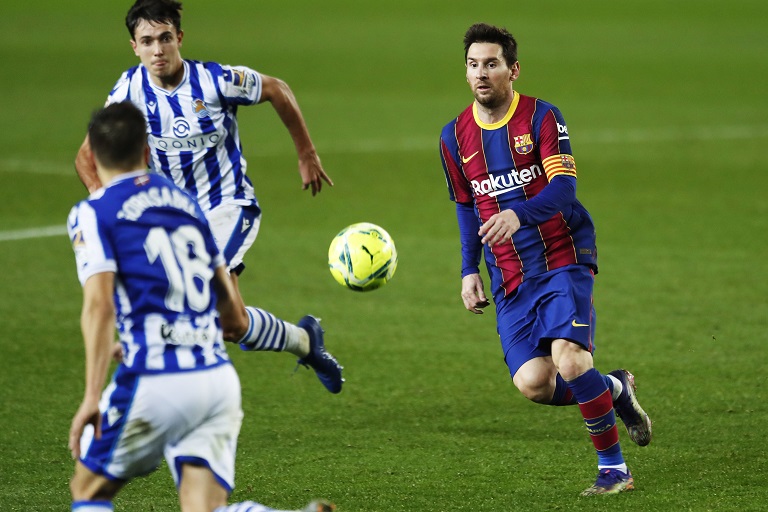 The 37th Supercopa de Espana kicks off on Wednesday evening as Barcelona travel to Real Sociedad, with both teams seeking a spot in Sunday’s final.

This is only the second time that the Supercopa de Espana has involved four teams, and Sociedad won the inaugural edition of the tournament in 1982 – defeating Real Madrid 4-1 on aggregate over a two-legged final.

Sociedad go into the game following a 3-2 defeat to Sevilla in La Liga, whereas Barcelona continued their rise up the table with a comfortable 4-0 victory over Granada.

The midweek showdown between these two sides will be a battle to determine who will face either Real Madrid or Athletic Bilbao on Sunday.

SportPesa’s blog has a look at where these sides are coming into the game concluding with a prediction for the encounter.

What time does Sociedad vs Barcelona start?

The game will kick off at 11pm Kenyan time at the Nuevo Arcangel.

Former Arsenal defender Nacho Monreal has also recently returned to full fitness and is expected to start at his natural left-back position.

Lionel Messi, who has been involved in 25 goals this season, is definitely the main man up front for the visitors and should be supported by Ousmane Dembele and Antoine Griezmann.

The likes of Gerard Pique, Ansu Fati, Philippe Coutinho and Sergi Roberto are still out injured.

Sociedad vs Barcelona head to head

Out of 41 matches played between these two sides, Sociedad have only won 6 times.

Barcelona are undoubtedly far more superior than their opponents, boasting 28 wins and another seven have resulted in a draw.

The hosts have not enjoyed victory against the Catalan giants since April 2016.

Ronald Koeman’s side have been on the rise after a slow start to the new season and have won four and drawn just once in their last five fixtures.

This is a huge difference from Real Sociedad who have only managed one win in their last 5 matches, a wretched run of form which also includes 3 losses and a draw.

There has not been a lack of goals from Sociedad this season and this will not be any different, they will definitely get a goal in the game.

Though, Barcelona’s current form and experience on the big stage is enough to help them get a win.