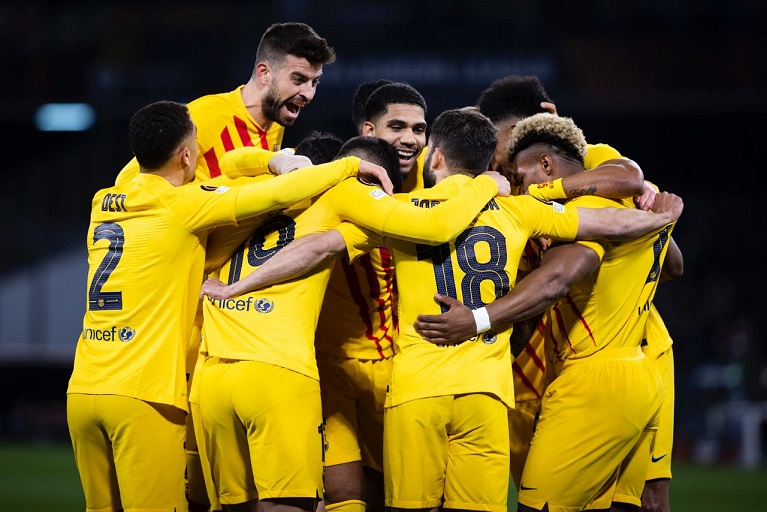 La Liga leaders Barcelona continue their hunt for yet another piece of silverware as they host Real Sociedad in their Copa del Rey quarterfinal clash.

Barca demolished AD Ceuta 5-0 to progress to this stage while Sociedad edged Mallorca by a goal to nil.

A brace from Robert Lewandowski complemented strikes from Franck Kessie, Raphinha and Ansu Fati in the emphatic victory.

The home team remain the most successful club in the competition, having won 31 titles, with their last one coming in 2021.

Sociedad are no strangers to Copa del Rey glory as well, having won their second and most recent title after beating Athletic Bilbao 1-0 in the 2020 final.

Ten of Barcelona’s last 11 games have ended in victory – with the outlier being their 1-1 draw with Espanyol on New Year’s Eve.

Sociedad have conceded just one goal in their last 630 minutes of football and are all set to give Barca a run for their money in the quarterfinal clash.

They are out to right the wrongs of 2021-22, where their Copa del Rey quarter-final ended in a 4-0 humiliation at the hands of Real Betis.

Barcelona beat Sociedad 4-1 back in August – their seventh successive win over the White and Blues in all tournaments.

Can Sociedad bounce back and finally get a win over Barcelona or will it be another defeat on the road?

What time does Barcelona vs Sociedad start?

The game kicks off at 11pm at the Spotify Camp Nou.

Lewandowski and Ferran Torres return to the squad after La Liga suspensions and are both expected to feature in the starting XI.

Raphinha will start as well, meaning that youngster Ansu Fati will be relegated to a place on the bench.

Gavi and Pedri continue to impress and will undoubtedly be the pair preferred to control proceedings in midfield.

Though Takefusa Kubo is fit again and raring for a place in the starting line-up but Mikel Oyarzabal will lead the attacking line.

Barcelona vs Sociedad head to head

The home team have a healthy advantage over their opponents, winning 32 out of the 46 matches played. Sociedad have only managed 6 wins, with the remaining 8 ending in a draw.

Both teams are on an impressive unbeaten streak, stretching back seven games, setting this up to be a very exciting affair.

Goals are not likely to be an issue here as both sides are expected to score but Barcelona are tipped to edge their opponents.